One in three ditch meat due to climate change

RTÉ director general: Credible media may die out if support continues to be delayed
#Weather
 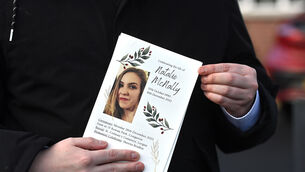