Rory Hearne: Budget happened in a parallel universe with no housing crisis 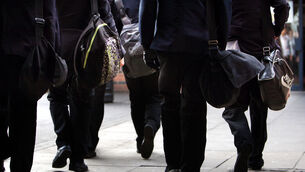