'We will accept the truth, whatever that truth is,' says aunt of Noah Donohoe
 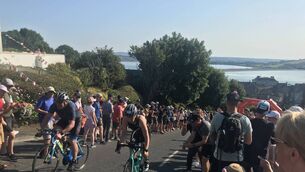