'You're creating a monster': Concerns raised about handling of violent inmates in prisons 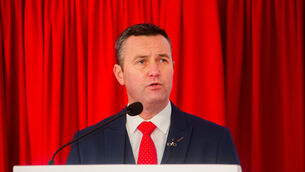 Almost a quarter of motorists check phone  while driving