'We are going round in circles': US delegation hears compromise is needed over NI Protocol
#COVID-19CoronavirusDublinCork
 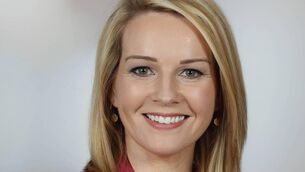