Elaine Loughlin: Not every institution is being made pay for past mistakes 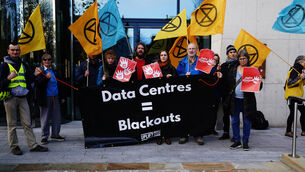