One in 10 people aged under 35 tried to take their life, survey finds
Politics
 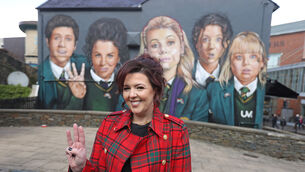