Irish inflation slows but energy prices up 38% over the year

Fraud offences soar by 43% in the last year 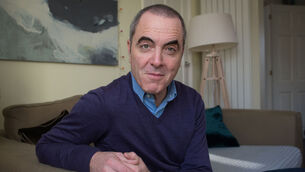