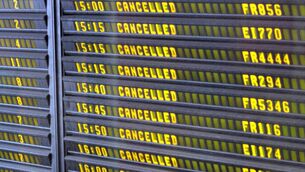 More than €500,000 refunded to airline customers following complaints to regulator