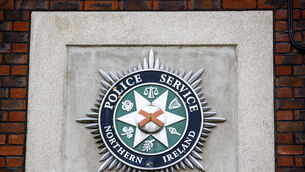 Man in hospital after suspected explosion inside car in south Belfast