Latest: The executive council of the Teacher’s Union of Ireland has said it will meet this evening to discuss the agreement.">
X
     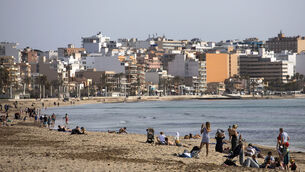