One dead, another injured, in three-car collision
CourtsHeathrowWeatherIrish Weathersnow
 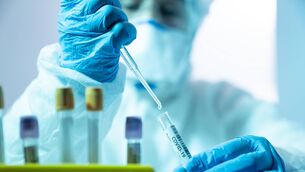