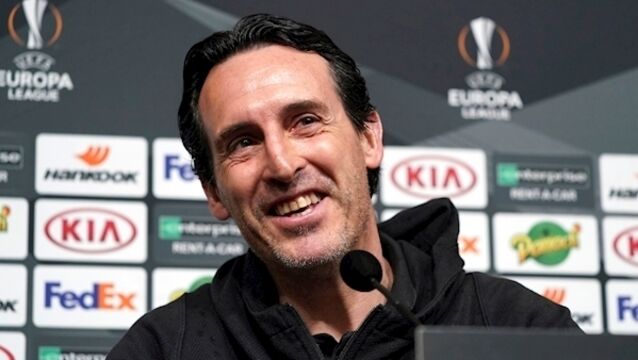 Unai Emery has told Shkodran Mustafi and Mohamed Elneny to find new clubs in the coming days — for the good of their own careers.

Brazilian visitor held in jail - Humane treatment is the base line 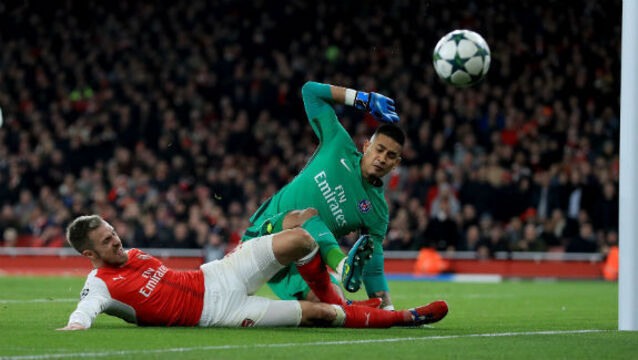 TERRACE TALK: Liverpool - What’s not to love about Saturday?

Defending Copa del Rey champions Barcelona became the first team to retain the trophy since 1998 as they defeated Sevilla 2-0 after extra time in the final.

Simon Mignolet has no desire to be Liverpool&rsquo;s hero in the Europa League final despite earning praise from former Reds goalkeeper Jerzy Dudek.

Michel Platini to step down after ‘deep injustice’ of court verdict

Michel Platini will resign as Uefa president after failing to overturn his ban at the Court of Arbitration for Sport, which cut his sanction from six to four years.

Joe Allen out to impress as Europa League final looms

Liverpool midfielder Joe Allen admits he is playing for his place every time he takes to the field but a looming Europa League final adds extra incentive.

Liverpool manager Jurgen Klopp admits he was "not too smart" inviting tens of thousands of fans to enjoy their Europa League final in Basle.

Liverpool reached their first European final for nine years with a comprehensive 3-0 win over a 10-man Villarreal side who lost their heads in the red-hot cauldron of Anfield.

Mauricio Pochettino insists he does not regret fielding a weakened team despite Borussia Dortmund thrashing Tottenham 3-0 in the Europa League last 16.

Arsenal&rsquo;s new signing Mohamed Elneny hopes his arrival can contribute towards an ambitious treble this season.

Premier League leaders leaders Arsenal are reportedly close to completing a deal for Basle's Egypt international,&nbsp;Mohamed Elneny. Who is he?

Europe no safe haven for the Premier League elite

Analysis: The past meetings of Andy Murray and Tomas Berdych

Andy Murray and Tomas Berdych will meet for the 11th time when they face each other in the semi-finals of the Australian Open on Thursday. Now, we look back at their past matches.

Liverpool manager Brendan Rodgers denies there is a growing imbalance between what his club can achieve in the transfer window compared to Manchester United.

Liverpool manager Brendan Rodgers denies there is a growing imbalance between what his club can achieve in the transfer window compared to Manchester United.

Liverpool manager Brendan Rodgers has pledged to fight to make the rest of the season a success after the blow of an early Champions League exit.

Rodgers has 'confidence that we can get the job done'

Liverpool manager Brendan Rodgers insists he has not contemplated the outcome of failure in their must-win Champions League match at home to Basle.

Toure keeping rivals in his sights

Kolo Toure is confident Liverpool will make up lost ground on their rivals for a Champions League place.

Coutinho back for Reds

Midfielder Philippe Coutinho has recovered from the knee problem as Liverpool prepare to take on Sunderland on Saturday.

Sturridge sent to LA to speed up recovery

Liverpool have sent striker Daniel Sturridge to Los Angeles to continue his rehabilitation from the thigh injury which has sidelined him for most of the season.

Liverpool have sent striker Daniel Sturridge to Los Angeles to continue his rehabilitation from the thigh injury which has sidelined him for most of the season.

Liverpool manager Brendan Rodgers accepts captain Steven Gerrard is no longer the driving force he was but insists it is wrong to write him off entirely.

Rodgers demands aggression from his men

Liverpool manager Brendan Rodgers has called on his players to be more tenacious and aggressive in the wake of criticism his side is too soft.

Defender Kolo Toure claims being written off against Real Madrid was just the motivation Liverpool’s fringe players needed to prove they can provide viable alternatives for Brendan Rodgers.

Roger Federer’s charge towards the world No 1 slot continued with the 33-year-old winning the Swiss Indoors final in Basle at a stroll.

Rafael Nadal has pulled out of next week’s BNP Paribas Masters in Paris.

Anfield&rsquo;s communal sigh of relief blew me home in double quick time. When that&rsquo;s been triggered by a narrow home win over West Brom, you know you&rsquo;ve had a rough month.

Rodgers focused only on Reds

Brendan Rodgers admits he is not interested in thinking about Daniel Sturridge’s return for England until he is fit enough to play for his club.

Things go from bad to worse for Rodgers and Liverpool

Rodgers warns Hodgson not to pick Sturridge for qualifiers

Late drama as Gerrard gets Liverpool up and running

End is near for Casillas as Real fans turn on hero

Saturday began with the Spanish press full of tributes to Real Madrid club captain Iker Casillas on completing 15 years as a first-team player at the Estadio Santiago Bernabeu — with over 700 games for the club, and an enviable trophy haul including three Champions Leagues, five La Liga titles and two Copas del Rey.

Neville 'can't work out' why United sold Welbeck for £16m

England captain Wayne Rooney has been holding player-only meetings in a bid to put the summer’s disastrous World Cup behind them.

Vincent Kompany has declared that England will reach a World Cup final before 2030 because of the investments made by owners like the Abu Dhabi United Group at Manchester City.