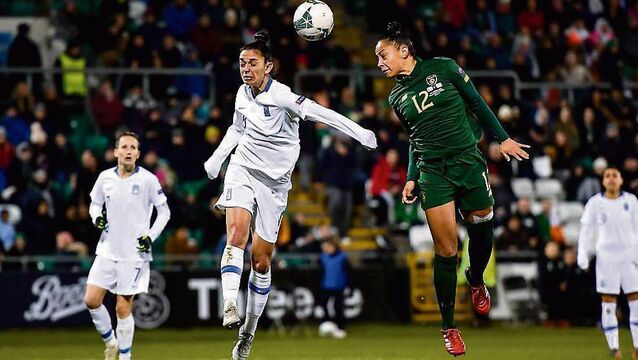 A first-half Diane Caldwell goal was enough to give Ireland a deserved victory over Greece in Tallaght and keep their Euro 2021 qualification hopes firmly on track. 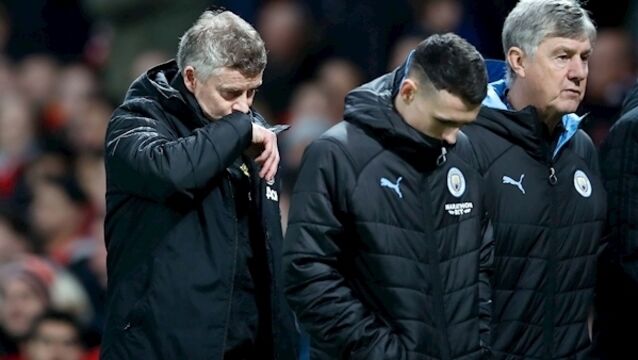 Larry Ryan: Is more time any use to Ole?

“We are time’s subjects and time bids be gone,” wrote Shakespeare — the other one, not Craig at the King Power Stadium. 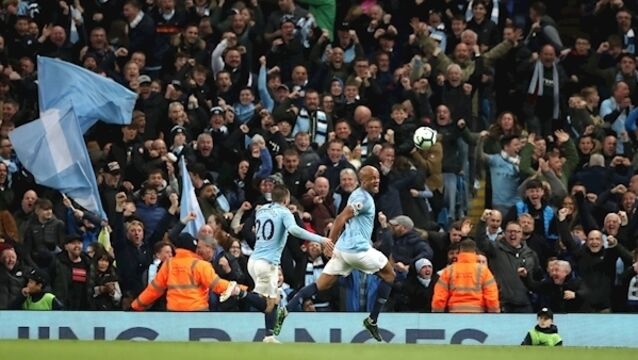 Kompany focuses on pitch amid difficulties

Anderlecht player-manager Vincent Kompany has decided to hand over match-day responsibilities to head coach Simon Davies and appoint himself captain in a bid to help turn the club’s fortunes around.

As the end is near, Maurizio Sarri can say ‘I did it my way’

It’s going to be a bumpy ride for Blues

The score is 1-1, there are literally seconds until the final whistle and you win a corner. What do you do? Obviously put everyone in that box and swing it in and pray for the best. Well that’s what you do if you are anyone but us. We simply play it short. And that few seconds summarises perfectly what it’s been like to watch Chelsea this season.

Chelsea boss: 'I think the media give the Champions League too much importance'

Terrace Talk: No fear of second slip against our also-rans

In the run up to yesterday’s game, there was a lot of talk of the game five years ago — the famous Stevie G slip-up game. The media pondered whether history could repeat itself.

Even if Pool come up short in title race, this is no bottle job

There has been plenty of talk of Liverpool ‘bottling’ this title race, largely from those who wish ill upon them. But we can put that to one side for now. Facing Chelsea at Anfield, five years after Steven Gerrard’s fateful slip and on the eve of the 30th anniversary of Hillsborough, created a pressure that would make many teams crumble. But not them.

Terrace Talk: Panic over for another week at least, thankfully

It was Ian Dury who sang “the hope that springs eternal springs right up your behind”.

Chelsea swat away Seagulls to keep up chase for top four

Chelsea’s match against Brighton may have seemed like something of a sideshow compared to the festival going on up the road at Tottenham’s new ground, but their 3-0 victory could prove to be just as important in the race for the top four and for the future of their manager Maurizio Sarri.

This was a tie which began with two managers, both newly installed, both with outstanding openings to their campaign, but neither certain to be at their respective clubs next season.

If reports of Manchester City’s demise in the title race before Christmas were premature then the ones about the long-term future of Maurizio Sarri as Chelsea manager may be proven completely accurate in the coming weeks.

We have ways of making you run

It is somewhat disappointing that, despite all the fine, sophisticated minds operating at the top top levels of football, nobody has yet landed on any kind of labour-saving system.

Solskjaer has brought Manchester United up off their knees

Cup football not enough for young players at top teams

Chelsea were booed off the pitch at Stamford Bridge after being held to a goalless draw by struggling Southampton, for whom young keeper Angus Gunn was outstanding on his Premier League debut.

Between defeat at Chelsea in their first away game under Emery and mid-December, Arsenal took 14 of a possible 18 points on the road, but face trips to Brighton and Liverpool having been haunted by the ghost of seasons past against Southampton at St Mary’s.

Chelsea slipped 10 points behind Manchester City in the Premier League title race after a shock defeat at feisty Wolves.

Chelsea boss Maurizio Sarri reckons the players at Jose Mourinho’s disposal at Manchester United are the best in the Premier League – and that the Portuguese will win major silverware again.

Does Sarriball have to win or is there a higher purpose?

I&nbsp;get a lift to five-a-side football on a Monday night with two Italian guys called Francesco and Mariano.

Eden Hazard was excused from Chelsea’s Europa League trip to PAOK after twice telling Maurizio Sarri he was tired.

Despite four consecutive league defeats to begin his tenure, there have been changes at West Ham under Manuel Pellegrini.

Arsenal head coach Unai Emery has warned Mesut Ozil he must help his team-mates to defend as he calls for commitment from all of his players.

Following the traditional ‘slamming shut’ of the transfer window, albeit at the markedly un-traditional time — before a ball has been kicked in anger — attention can now turn to how teams will line up and not to what gaps still need to be filled.

Maurizio Sarri knows even winning trophies is no guarantee of a lengthy stay at Chelsea.

Antonio Conte has reportedly been sacked by Chelsea.

Tottenham&rsquo;s surprise - and hilarious loss - to West Brom re-ignited the possibility of a fourth-place finish.

Luis Enrique has explained Lionel Messi, Luis Suarez and Neymar&rsquo;s hunger for goals by admitting &ldquo;the party is not complete unless they all score&rdquo;.

When Rafa Benitez quit Naples for Madrid last summer, everyone naturally focused on how he would fare in his dream job. As for his replacement at Napoli, Maurizio Sarri, the most usual reaction was &ldquo;who?&rdquo;