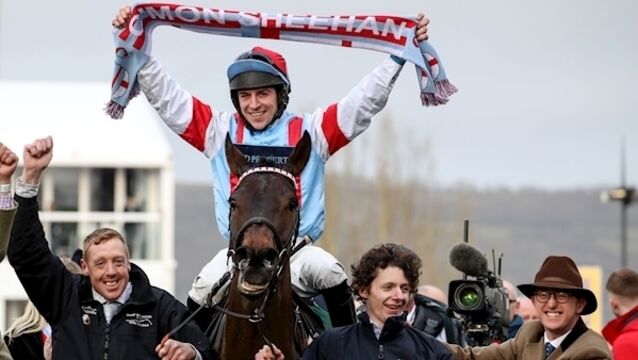 Well, it has finally come: Gold Cup day. The biggest day of the season. Well, I always felt it was. This year’s race, with a small field, looks to be quite open, writes Ruby Walsh 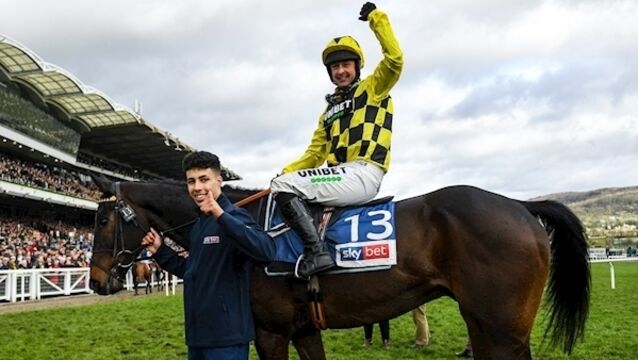 'Everything that could go wrong did go wrong': But Shishkin still rules Supreme

The Nicky Henderson-trained Shishkin outstayed the Gordon Elliott-trained Abacadabras up the famous hill to win a dramatic running of the Sky Bet Supreme Novices' Hurdle at odds of 6-1. 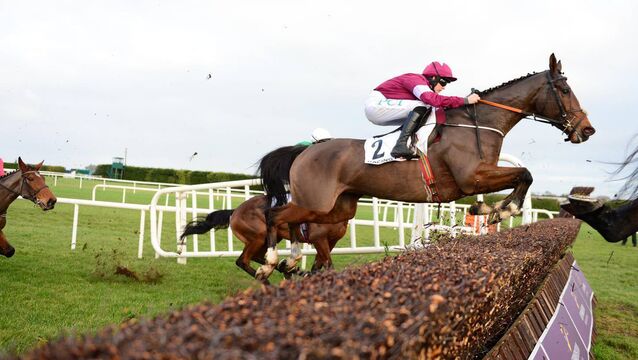 RACHAEL Blackmore, arguably the greatest lady rider of all time, can have Irish eyes smiling by guiding the imposing Notebook to victory in the Arkle Trophy at Cheltenham today.

Eighteen years. It&rsquo;s how long Jack Kennedy, who announced himself to the wider world with four wins at this week&rsquo;s Festival, has been on this planet. But it&rsquo;s also how long British champion jockey Richard Johnson, a veteran of more than 3,000 victories, has had to wait for a second Timico Gold Cup victory.

Last year&rsquo;s Cheltenham Gold Cup winner, Sizing John, may not be here to defend his crown but trainer Jessica Harrington has an able deputy in the shape of Our Duke, who can land racing&rsquo;s blue riband on the final day of another very successful Festival for Irish-trained runners.

Enda McEvoy: If Cheltenham is a battlefield I’m winning the war

After the Passchendaele that was my Wednesday, a change of tack is called for, writes&nbsp;Enda McEvoy. Tanks. Poison gas. Creeping barrages. Americans. Whatever it takes.

A week and a season that was far from ideal for Altior turned around dramatically when he extended his perfect record over obstacles to 14 with a brilliant display in the Betway Champion Chase.

Cheltenham 2018 waiting for superstar to emerge

Bonnie Tyler was willing to hold out for a hero &rsquo;til the end of the night, but the wait has been a bit longer here at Cheltenham.

I&rsquo;m sure the majority of wallets were thin after Douvan&rsquo;s collapse, writes&nbsp;Anthony Daly.

Might Bite claimed the narrowest of victories after an extraordinary conclusion to the RSA Chase at Cheltenham yesterday.

Sprinter Sacre's rehabilitation took on another level at Sandown with a display of brilliance in the bet365 Celebration Chase.

It has simply been the most unbelievable week for me

It has been the most unbelievable week for Willie Mullins and I. It&rsquo;s not very often so little goes wrong and so much goes right, so we have to make the most of it when it happens like this. If you had offered me this before the Festival had started, I would have taken your hand off.

Redemption songs. They&rsquo;re all the rage here this week.

Annie Power may have been supplemented for the Stan James Champion Hurdle but Nicky Henderson still intends to run all five of his entrants in Tuesday&rsquo;s feature race.

Gary Moore &ldquo;couldn&rsquo;t be any happier&rdquo; with Sire De Grugy ahead of the Betway Champion Chase at the Cheltenham Festival.

L&rsquo;Ami Serge sailed through the desperately wet conditions at Plumpton yesterday to make an impressive debut over fences in the At The Races App On iPhone Novices&rsquo; Chase before waterlogging caused the card to be abandoned after the third race.

Irish-trained horses dominate the betting for the Cheltenham Gold Cup after Britain&rsquo;s number one hope and reigning champion Coneygree was taken out of the ante-post lists for the blue riband in March.

Out of sorts Coneygree to miss Hennessy Gold Cup

Sprinter Sacre back in business at Cheltenham

Volume levels were at a maximum as Sprinter Sacre announced his return to form in emphatic fashion when making a triumphant visit to a winner&rsquo;s enclosure he has enjoyed many magical moments in during his career after claiming the Shloer Chase at Cheltenham yesterday.

Coneygree set to rest on his Gold Cup laurels

Sara Bradstock has confirmed Coneygree will not run again this season as he paraded in front of an adoring crowd at Newbury.

Coneygree&rsquo;s victory in yesterday&rsquo;s Betfred Cheltenham Gold Cup was a very British result in a Festival dominated by Irish success.&nbsp;

Coneygree wins Gold Cup in only fourth race over fences

Coneygree became the first novice to strike for 41 years when making most of the running in the Betfred Cheltenham Gold Cup.

Gold Cup hero Lord Windermere is on course to have his final outing before the defence of his Cheltenham crown in Sunday&rsquo;s Hennessy Gold Cup at Leopardstown, where he will face eight possible rivals.

McCoy likely to step in for De Boinville on Coneygree

Champion jockey Tony McCoy is in line for the spare ride on Coneygree in next weekend&rsquo;s Betfair Denman Chase at Newbury as regular partner Nico de Boinville is suspended.

Paul Nicholls branded the decision of officials at Taunton to omit all bar the two flights in the home straight as "ludicrous" after his Tara Point jumped just four hurdles on her way to winning the feature event of the day at the Somerset circuit.

Sprinter Sacre goes back to school at Newbury

Newbury return for Duty and Approach

Super Duty and Hadrian’s Approach return to Newbury today for a very different event to their previous encounter at the Berkshire course.

Trainer Nicky Henderson has confirmed that Sprinter Sacre will make his seasonal reappearance in the williamhill.com Desert Orchid Chase at Kempton on December 27.

No Sandown return for Sprinter Sacre

Nicky Henderson has been forced to rule Sprinter Sacre out of his intended comeback in the BetVictor Tingle Creek Chase at Sandown on Saturday.

Nicky Henderson is desperately hoping the ground will be quick enough for Forgotten Voice and Cape Express in the Pertemps Network Handicap Hurdle, the big race on an afternoon of mixed Flat and jumps action at Haydock today.

Hopes remain high that Sprinter Sacre could have his final run of the season in the boylesports.com Champion Chase at Punchestown on April 23.

Hopes remain high that Sprinter Sacre could have his final run of the season in the boylesports.com Champion Chase at Punchestown on April 23.

Divers takes the plunge in Plate

Trainer Ferdy Murphy is keeping his fingers crossed for a dry spell of weather as he prepares Divers for a return to the scene of his greatest triumph.

Nicky Henderson was left perfectly satisfied as he worked a high-profile Cheltenham team after racing at Kempton.

Geraghty and Henderson shine at Kempton

Barry Geraghty once again stole the show at Kempton as he followed a remarkable recovery on Tetlami by sweeping up the feature William Hill Lanzarote Hurdle aboard his Nicky Henderson-trained stablemate Oscara Dara.

Sacre 'class' the highlight on 'great' day for Henderson

Sprinter Sacre’s facile success in the Sportingbet Tingle Creek Chase proved the highlight of a four-timer for trainer Nicky Henderson at Sandown.