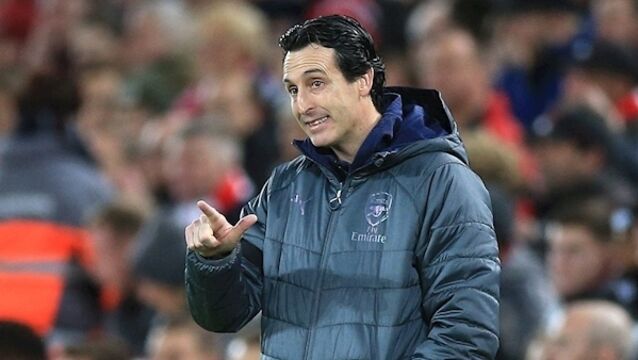 I’d love to be able to blame our humiliating annihilation on the numbskull responsible for dressing us in a green kit, upon a grass pitch, but frankly that’s a feeble excuse. Saturday’s demolition served as a timely reminder of the enormity of the task facing Unai Emery. 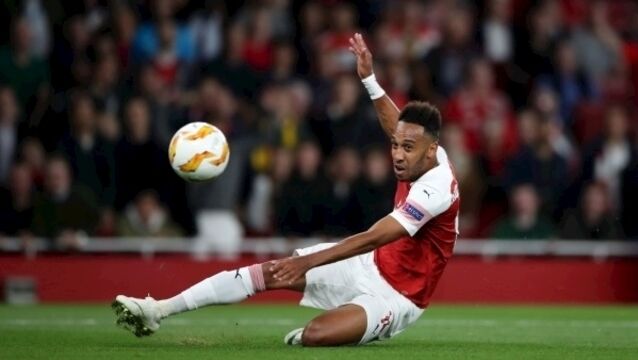 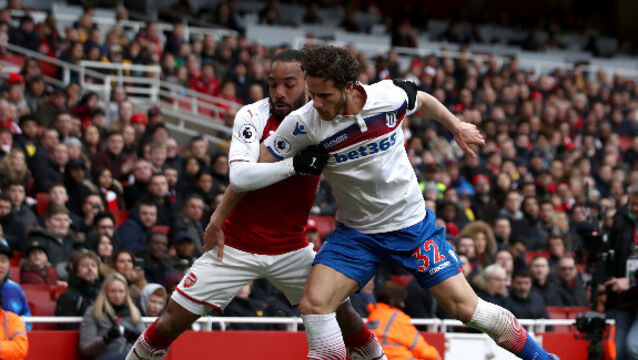 Arsenal up the gears to blow Huddersfield away

Arsenal 5 Huddersfield 0: The Herbert Chapman derby ended in an emphatic victory for the more illustrious of his two former clubs.

Harry Kane is among a number of Tottenham players set for late fitness tests ahead of Saturday's north London derby against Arsenal at the Emirates Stadium.

Everton in relegation zone after 2-5 home defeat to Arsenal

Beleaguered Everton manager Ronald Koeman was left clinging on to his job after they slipped into the Premier League's relegation zone with a 5-2 home defeat to Arsenal.

Alexis Sanchez was Arsenal&rsquo;s hero yet again as he kept his team&rsquo;s hopes of a top-four place alive with a nervy victory over already-relegated Sunderland which provided a snapshot of the in-between land in which Arsene Wenger&rsquo;s side reside in right now.

Arsenal are likely to be without Granit Xhaka for their Premier League clash at home to Manchester United on Sunday.

The week in Fantasy Premier League: Leap of faith required for Arsenal and Southampton assets

Usually the rare sight of two teams with a pair of Double Gameweeks in a row would have FPL managers gleefully doubling or even trebling-up on both. Not this time.

Tottenham 2 Arsenal 0: After describing how proud he was of his Tottenham Hotspur side&rsquo;s performance in a one-sided north London derby, Mauricio Pochettino was asked whether Chelsea&rsquo;s victory at Everton earlier in the day meant there was an underlying feeling of disappointment in home dressing room at White Hart Lane.

Arsenal kept their hopes of a top-four Premier League finish alive as a late Robert Huth own goal was enough for them to see off reigning champions Leicester.

Arsene Wenger&rsquo;s reaction at the full-time whistle said it all.

Arsene Wenger: We understand our fans are very unhappy

Arsene Wenger refused to be drawn on his future but insisted he was determined to put things right after a 3-0 defeat to Crystal Palace heaped more pressure on the under-fire Arsenal manger.

Mesut Ozil back to life with a bang

Arsenal 3 West Ham 0: Mesut Ozil finally turned up in an Arsenal shirt when his team needed him most.

Did his players answer Wenger question?

Arsene Wenger will still be in charge when Arsenal play at West Brom again next season.

Arsenal make a drama out of the routine of beating Burnley

Petr Cech: All we can do is keep winning

Arsenal 1, WestBrom 0: Relief. It&rsquo;s lucky Arsenal have a hold over West Brom, having only lost once in 12 previous meetings with the Baggies.

Alexis Sanchez scored twice as Arsenal ended their usual barren November run with victory over Bournemouth at the Emirates Stadium on Sunday.

Theo Walcott&rsquo;s epiphany, 10 years after first arriving at the club and at the grand old age of 27, that he is a&nbsp;winger&nbsp;not a striker inspired Arsenal to a Champions League victory over Basel&nbsp;and, coming just three days after a fine victory over Chelsea, has raised levels of positivity at the Emirates to new levels.

Hull City 1 Arsenal 4:&nbsp;AS he approaches his 20th anniversary in charge at Arsenal, Arsene Wenger is far too long in the tooth to become embroiled in mind games with his managerial rivals.

Manchester City 2 Arsenal 2:&nbsp;The breathtaking game of musical chairs in the chase for Champions League football took yet another twist yesterday after Manuel Pellegrini&rsquo;s last home game as Manchester City manager ended the same way as so much of his three-year reign &mdash; in under-achievement and frustration.

Of all the times, of all the places, for Alexis Sanchez to remind us all that world-class football can be played in an Arsenal shirt after all.

Arsenal playing as if nothing at stake

Revitalised Arsenal switched on for repeat of ‘98 power surge

Arsenal 4 Watford 0:&nbsp;Arsene Wenger&rsquo;s side have looked anything but history-makers in recent weeks.

Nacho Monreal has become the latest player to speak up for Arsene Wenger as Arsenal prepare for a difficult end to what, at one stage, promised to be such a memorable season.

On a day when Arsenal were made to look like champions, Arsene Wenger suggested that possibility might be more realistic if the club&rsquo;s supporters had kept the faith.

Barcelona 3 Arsenal 1 (Barcelona win 5-1 on aggregate):&nbsp;Arsenal were hoping for a miracle last night but it failed to materialise as Barcelona powered to the Champions League quarter-finals, with Gunners boss Arsene Wenger conceding the Catalans &ldquo;have two or three players who transfer normal life into art&rdquo;.

Arsenal 2 Leicester 1:&nbsp;DANNY Welbeck&rsquo;s role at Arsenal this season has been that of frustrated bystander while he battled to recover from a serious knee injury.

Silva and Benteke benched, Vardy passed fit and all the other Premier League team news

Vardy has recovered from a minor groin surgery in time for tonight's big game.

Arsenal 3 Sunderland 1: The FA Cup third round weekend began with Jurgen Klopp submitting a jaw-dropping team sheet at Exeter but there was no chance Arsene Wenger would follow suit.