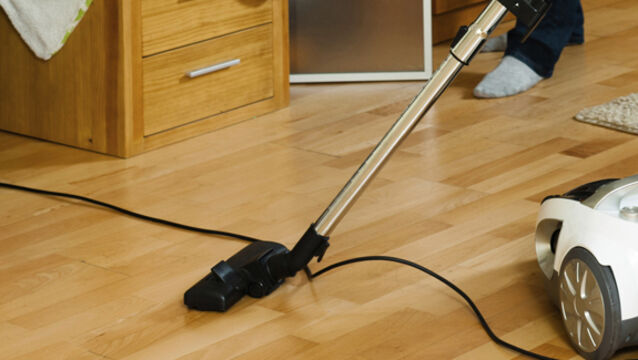 Consumers are expected to snap up the last of the most powerful vacuum cleaners on the market as a new law banning those rated above 900 watts comes into effect. 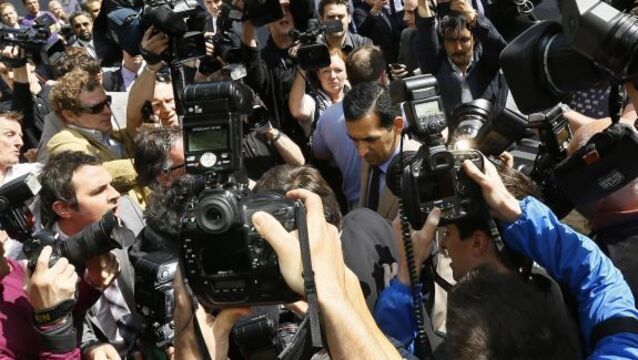 Suspended trainer Mahmood Al Zarooni claims he has been “advised to appeal” against the eight-year suspension he received for administering anabolic steroids to 15 horses in his care.

Time for Silviniaco Conti to lay down his Gold Cup marker

Back In Focus runaway winner

Back In Focus can make a winning debut over fences

Focus back in Listowel

Brendan Duke reports all to be going well with Mister Benedictine as the in-form nine-year-old builds towards next week’s Guinness Galway Hurdle.

O’Regan back in the big time

It hasn’t been the easiest few years for Denis O’Regan but the Youghal jockey served a reminder of his undoubted talents with the winning ride on Cape Tribulation in yesterday’s Pertemps Final.

BALLABRIGGS is set to make his first appearance of the season on Saturday as last year’s John Smith’s Grand National winner is readied for the defence of his Aintree crown.

PRINCE de Beauchene isn’t well treated at the weights, but still rates the nap choice in the Grade 2 At The Races Bobbyjo Chase at Fairyhouse this afternoon.

Information gaps in computer systems supposed to record patient and vaccination data is creating head-aches for the HSE in finding the number of people suffering narcolepsy after getting the swine flu vaccine.

PAUL NICHOLLS got among the winners yesterday, which was a big relief to all of us associated with the stable.

Mullins out on his own at Gowran Park

Mullins out on his own

WHEN Howard Johnson retired from training in England his principal patrons, Graham and Andrea Wylie, decided to send a batch of horses to Willie Mullins.

Bob a rising star as Benbulben fails to scale heights

THOSE of us who had pencilled in Mount Benbulben as a possible Cheltenham festival winner weren’t half left gasping for breath after he was beaten out of the gate by Boston Bob in a Grade 1 hurdle at Navan last Sunday.

Boston Bob looked a future star in the making when running out a most impressive winner of the Grade One Navan Novice Hurdle for Willie Mullins and Ruby Walsh this afternoon.

Zaidpour had no trouble landing the odds in the Tara Hurdle at Navan this afternoon.

McCain in full Cry for Ladbroke

DONALD McCain is looking forward to giving Desert Cry his chance in a race as challenging as the Ladbroke at Ascot today.

Wylie has fine prospect for Ascot

Prospect Wells could bid to make the most of what connections hope will prove a lenient handicap mark in The Ladbroke at Ascot on Saturday.

Get going with Hinterland

RIDING Hinterland in the opening juvenile hurdle at Cheltenham is a good way to start the day and I’ll be disappointed if he doesn’t win.

THE versatile Psycho can take the Follow Us On Facebook Hurdle at the rescheduled Cork meeting this afternoon.

TONY McCOY is hoping Binocular can kickstart the new campaign in the best possible way in the Stanjames.com Fighting Fifth Hurdle at Newcastle on Saturday.

Big Zeb and Voler La Vedette do business in Navan

HENRY de Bromhead is weighing up the options for Sizing Europe following his highly creditable performance at Down Royal last weekend.

MINSK justified favouritism in the Hacketts Bookmakers Irish Cesarewitch in impressive style at the Curragh yesterday, highlight of a superb treble for trainer John Oxx.

SO Carlos Tevez is finished at Manchester City. The club’s normally urbane and outwardly composed manager Roberto Mancini finally came clean on Tuesday after a tumultuous night in Munich and told the world something we’d suspected for many months already — that he could no longer stand the sight of his former club captain, top scorer and talisman.

Dubawi Gold swept through for a cheeky success in the Betfair Celebration Mile at Goodwood today to somewhat replenish Richard Hannon's strength in the division.

Wylie turns to Nicholls and Mullins after Johnson ban

Banned trainer Johnson: Someone's got it in for me

Howard Johnson insists he is the victim of a witch-hunt after his licence was revoked for four years on Friday.

HOWARD Johnson plans to retire from training after being banned for four years yesterday by the British Horseracing Authority after being found in breach of charges relating to horse welfare and the administering of steroids to horses in his care.

Howard Johnson plans to retire from training after being banned for four years today by the British Horseracing Authority after being found in breach of charges relating to horse welfare and the administering of steroids to horses in his care.

Horse trainer Howard Johnson has had his licence revoked for four years after being found in breach of racing’s rules relating to horse welfare.

Publication of the verdict in the British Horseracing Authority investigation into Howard Johnson running a horse in contravention of the welfare rules has been delayed.

Howard Johnson has been informed by the disciplinary panel of the British Horseracing Authority whether he has been found guilty at an inquiry into welfare issues.

CLASSIC winners Blue Bunting and Treasure Beach are among a quality 36-strong entry for the Ladbrokes St Leger at Doncaster on September 10.

Kylenoe out to defy handicapper

PAUL Henderson is keeping his fingers crossed Kylenoe Fairy can continue to defy the handicapper in today’s totescoop6 Summer Hurdle at Market Rasen.

Sanctuaire showed he had become the latest member of the Paul Nicholls team to have benefited from a breathing operation when bouncing back to his best in the Isle of Skye Blended Whisky Scottish Champion Hurdle at Ayr today.

BINOCULAR could bid to round off what has been another turbulent season in the Rabobank Champion Hurdle at Punchestown on May 6.

Know nothing about horse racing? Let us guide you to the best bets in this weekend's Grand National.

Back In Focus team wait on weather

Howard Johnson will only give his exciting prospect Back In Focus another outing this season if conditions are suitable.

Pipe marks Eider down for Comply Or Die

David Pipe feels Comply Or Die has his best chance of winning a race since he famously landed the Grand National back in 2008 when he lines up in tomorrow’s totesport.com Eider Chase at Newcastle.

NACARAT has been left to shoulder top weight should he make his third consecutive appearance in the Racing Post Chase at Kempton on Saturday.

Silver By Nature defied top weight in determined fashion to win the totesport.com Grand National Trial for the second year running at Haydock.

Donald McCain had “no complaints” after ante-post favourite Ballabriggs was allotted a weight of 11st in the 2011 John Smith’s Grand National.

Hunterview notches up a first for Pipe

David Pipe has trained a winner at every jumps track in Britain after Hunterview landed the feature John Smith’s Scottish County Handicap Hurdle at Musselburgh.

THE enigmatic Tidal Bay will have a crack at claiming Cheltenham Gold Cup glory after another frustrating effort in the Argento Chase on Saturday.

The enigmatic Tidal Bay will have a crack at claiming Cheltenham Gold Cup glory after another frustrating effort in the Argento Chase on Saturday.

Neptune Collonges earned himself the right to at least another supporting role in the Gold Cup after the often-discounted grey returned to the winner’s enclosure for the first time in nearly two years in the Argento Chase at Cheltenham.