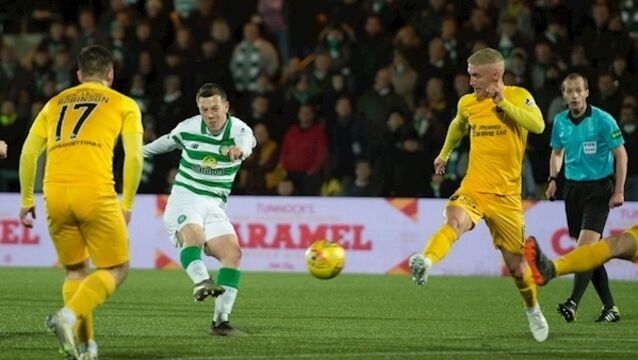 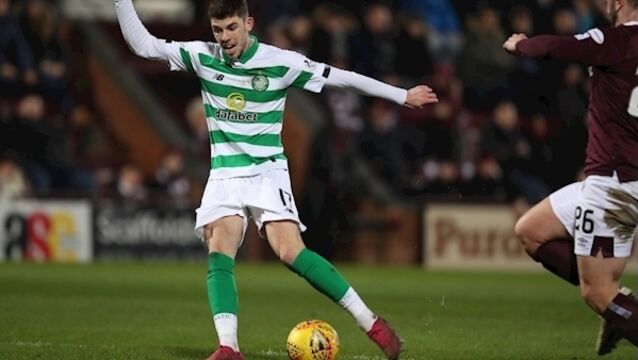 Celtic scraped their way into the semi-finals of the William Hill Scottish Cup with hard-fought 1-0 win over St Johnstone. 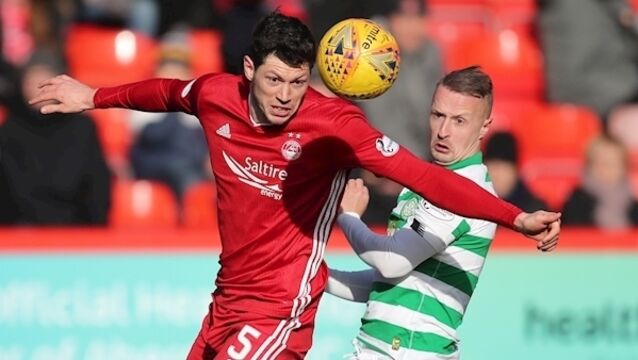 Goals from Callum McGregor and Kristoffer Ajer saw leader Celtic battle their way to a 2-1 victory over a resilient Aberdeen side at Pittodrie.

The Ivory Coast international has had to wait seven months for his full debut but he made his mark as Celtic quickly regained top spot on goal difference following Rangers’ 1-0 win over St Mirren earlier in the day.

Odsonne Edouard’s free-kick gave Celtic a two-goal cushion to take to Sweden in their Europa League play-off against AIK tonight.

Odsonne Edouard’s free-kick gave Celtic a two-goal cushion to take to Sweden in their Europa League play-off against AIK.

Frustrated Man United slip to third in the Premier League

What more can you say about Harry Kane?

Manchester United's Romelu Lukaku has played the most football of any Premier League player this season going into the festive schedule.

Super Sterling on the money for Man City

Man City 2 Southampton 1:&nbsp;The wild scenes of celebration that followed Raheem Sterling&rsquo;s third consecutive late winner for Manchester City may yet land Pep Guardiola in hot water with the authorities but they also demonstrated how much a 12th consecutive Premier League victory meant to his club.

Southampton 4 Everton 1:&nbsp;On the day Martin O&rsquo;Neill emerged as a leading contender to fill the vacancy at Goodison Park, Everton provided a clear illustration of the task confronting the successor to Ronald Koeman.

Chelsea have agreed terms with Real Madrid for the transfer of Spanish international striker Alvaro Morata, the Premier League club have announced.

Southampton 0 Arsenal 2: Arsene Wenger has never failed to make the top four during his 20-year reign at Arsenal and, after this win at Southampton, the chance to maintain that perfect record is still alive

Liverpool's problems back as ideas dry up

Liverpool vice-captain James Milner apologised to his team-mates after his penalty miss cost the side victory against Southampton.

Liverpool midfielder James Milner apologised to his team-mates after his penalty miss against Southampton cost Jurgen Klopp's side victory and left their Champions League hopes out of their hands.

Liverpool hand initiative back to Man Utd after draw

Liverpool surrendered their advantage in the race for Champions League football once again after failing to score in a goalless draw against bogey side Southampton for the fourth time this season.

Chelsea win so now Spurs have to beat Palace tomorrow

Diego Costa ended his lean streak with a double as Premier League leaders Chelsea beat Southampton 4-2 to restore their seven-point advantage over Tottenham.

Shane Long has a nightmare, but Saints still manage win over Palace

Bournemouth defender Adam Smith insists his side will take on high-flying Liverpool on Wednesday in confident mood after extending their unbeaten run in the Premier League to four games.

Liverpool 0 Southampton 1 (Southampton win 2-0 on aggregate): Anfield has a long-held reputation for great cup nights. Yet all the noise the Kop could muster was not enough to carry Liverpool to Wembley. Instead, the glory was all Southampton&rsquo;s.

Southampton 1 Tottenham 4:&nbsp;Dele Alli scored twice &mdash; either side of a fine goal from Harry Kane and a terrible penalty miss by the England striker &mdash; as Tottenham ended up tormenting their 10-man hosts at St Mary&rsquo;s last night.

Pardew said: "Damo (Delaney) is a leader. He's not blessed with massive amounts of talent but he makes up for it with his personality, desire and leadership, and we got all of that from him."

Alan Pardew will be thankful though…

Arsenal 0 Southampton 2:&nbsp;Arsene Wenger&rsquo;s EFL Cup gamble backfired in spectacular fashion last night as he made 10 changes to an Arsenal side that was comfortably beaten by Southampton, who made it through to the League Cup semi-finals for the first time since 1987.

Liverpool manager Jurgen Klopp believes there is no psychological advantage to be gained from being Premier League leaders in November.

Manchester City 1 Everton 1:&nbsp;It is odd to consider that a striker who has scored 11 goals for his club by mid- October might be enduring a confidence crisis. Yet things are not quite right in the world of Sergio Aguero.

Marcus Rashford gets the nod as Townsend, Drinkwater and Delph miss out

Marcus Rashford was the stand-out name as England manager Roy Hodgson selected a young, bold and attacking squad for Euro 2016.

Spurs 1 Southampton 2:&nbsp;Mauricio Pochettino has warned Tottenham fans they may have to address their obsession with Arsenal to be real title contenders in future after his side lost to Southampton, taking the battle for second place to the final weekend.

Miserly Leicester can dare to dream

Leicester City 1 Southampton 0:&nbsp;Ahead of this match with Southampton scarves with the slogan &ldquo;Leicester City, Premier League champions 2016&rdquo; were on sale outside the King Power Stadium.

England 1 Netherlands 2:&nbsp;England slipped to defeat in their last friendly before manager Roy Hodgson names his squad for the European Championships as Holland came from behind to win at Wembley.

England manager Roy Hodgson believes Dele Alli can become the new Bryan Robson and will give the Tottenham teenager another chance to shine when inexperienced England face world champions Germany.

Pelle brace earns the points for Southampton at Stoke

Graziano Pelle ended a four-month wait for a goal with a first-half brace as Southampton defeated Stoke to go up to seventh in the Barclays Premier League table.

Guus Hiddink has insisted his relationship with Ronald Koeman has recovered from the time they were rivals to be manager of the Netherlands.

‘Fraser Forster is one of best in Europe’

Swansea 0 Southampton 1:&nbsp;Fraser Forster is among the best goalkeepers in Europe, according to Southampton team-mate Oriol Romeu.

Ronald Koeman: If Leicester can win league, Southampton can finish in top five

Ronald Koeman believes Southampton can qualify for the Champions League.

Southampton have moved into the top six of the Barclays Premier League with a 1-0 win at Swansea.