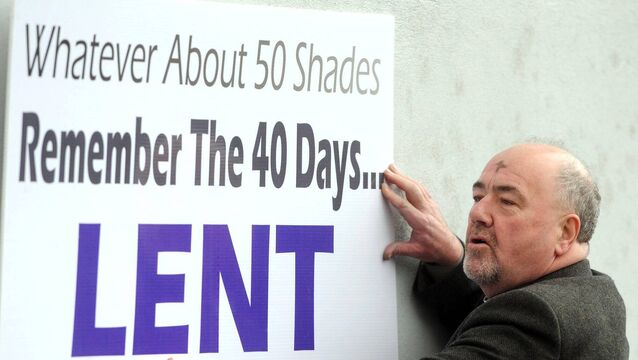 The Catholic Church, under severe pressure due to a shortage of priests, was dealt a further blow last year when it lost two of its best-loved characters, Fr Kevin McNamara and Fr Con Cronin. Neil Michael reflects on the careers of two men who brought laughter to the masses. 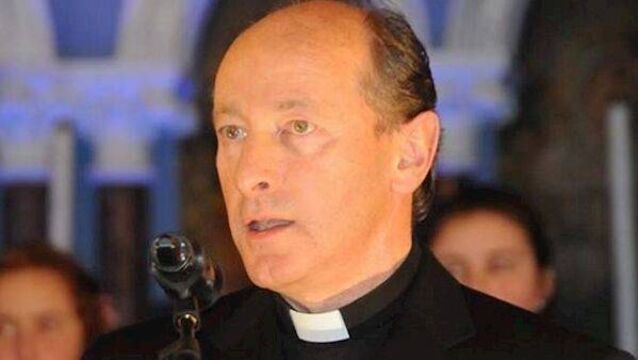 ACP says that during a meeting with Bishop Cullinan, the Bishop said that he felt it best for Richard Geoghegan if he left the priesthood 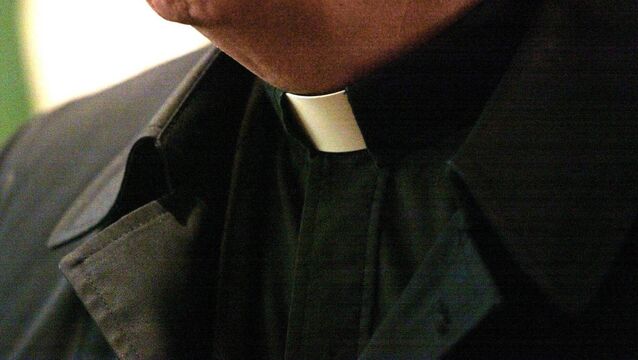 "In Ireland, the Church we knew in the past is dying," says Fr Tim Hazelwood, of the Association of Catholic Priests.

The Association of Catholic Priests received many messages from people applauding the organisation for coming out strongly in support of Co Cavan priest Fr Oliver O'Reilly after it emerged that businessman Sean Quinn complained about him to the Vatican.

Argument to not ordain women 'doesn't hold up any more': Fr Brian D'Arcy

The Association of Catholic Priests is expected to repeat its call for married men and women to be ordained and to relax celibacy rules at its AGM tomorrow.

Parishes may not perform baptisms due to lack of priests, group warns

The Association of Catholic Priests, who represent over 1,000 clergymen in Ireland, says reform is urgently needed to prevent parishes from closing across the country.

There has been a big rise in the number of farm families who say religious services have been cut in their area.

A bishop has given his support for a specially devised delegation process for the ordination of women priests.

Prayers, not pints, on the altar please

This week, two priests took up opposing positions on what is and is not appropriate for a Catholic funeral Mass.

Expressing hope and understanding with Pieta House Darkness into Light

This morning, the annual Pieta House Darkness Into Light event will, or has if you&rsquo;ve lingered abed, involve something around 200,000 people at 150 venues around the world.&nbsp;

Rate of priests with mental health issues on the rise

The number of priests suffering from depression and mental health problems is on the rise, an influential group representing Catholic clerics in Ireland has warned.

The Association of Catholic Priests has welcomed an interview in which Pope Francis said the Catholic Church needs to consider whether to ordain married men who could then minister in parts of the world where there are too few priests.

Silenced priest Fr Tony Flannery has told how he has been &ldquo;overwhelmed&rdquo; by messages of support from all over the world since announcing he will defy Church authorities to celebrate what will be his last-ever public Mass at the weekend.

The Irish Examiner ICMSA Farming Poll has brought to light the latest views and opinions on religion and the priesthood among the farming community, reports Noel Baker.

The Irish Examiner ICMSA Farming Poll has brought to light the latest views and opinions on religion and the priesthood among the farming community, reports Noel Baker

A group of Catholic priests has criticised the Vatican&rsquo;s diplomatic representative in Ireland, claiming the papal nuncio has pursued policies that are &ldquo;inadequate to the needs of our time, at odds with the expectations of people and priests, and out of sync&rdquo; with the Church.

The Association of Catholic Priests (ACP) has reinforced the strong disquiet that it expressed last year over the failure of the Papal Nuncio, Archbishop Charles Browne, to meet with its members to hear their concerns about the lack of consultation in the appointment of bishops.

Allegations of homosexuality and the use of a gay dating app are the reasons why Archbishop Diarmuid Martin will no longer send trainee priests to the seminary in Maynooth.

A spokesperson for the Association of Catholic Priests says he is not overly concerned about the future of St Patrick's College in Maynooth.

A leading advocate for reform in the Catholic Church has said trying to bring about about meaningful change is &ldquo;like beating one&rsquo;s head against a stone wall&rdquo;.

Homily on abuse by Bishop of Kilmore angers victims

Two clerical abuse victims have criticised a homily by the Bishop of Kilmore in which he described the abuse at the hands of the clergy as an &ldquo;aberration&rdquo;.

Silenced priest frustrated by lack of support from bishops

Fr Tony Flannery has spoken about his frustration at the lack of support from the Catholic bishops since being withdrawn from public duties over his views on reforming the church.

Church leaders are to discuss a resolution from a group representing over 1,000 priests to restore Ireland&rsquo;s &lsquo;silenced&rsquo; clerics to full ministry.

Former minister Pat Carey has stepped down as Fianna F&aacute;il&rsquo;s director of elections, saying he does not know if he is the minister at the centre of a Garda investigation into alleged child abuse claims.

A group of 12 Catholic priests has called for an end to the &ldquo;systemic oppression&rdquo; of women in the Catholic Church and said they should be given full equality.

Clonfert has become the first West of Ireland diocese to &ldquo;import&rdquo; priests from Nigeria to take up ministry.

Priests have welcomed a letter from Pope Francis which allows them discretion to formally forgive women who have had abortions.

Fr Tony Flannery has said the Bishop of Cloyne&rsquo;s intervention to stop him addressing a parish event in East Cork shows the Church&rsquo;s claim of wanting to give voice to the laity was &ldquo;empty and meaningless talk&rdquo;.

Priest hits out at response to referendum vote by cardinal

An Irish priest has said he disagrees with the comments of a high-ranking Vatican official who described last week&rsquo;s marriage equality referendum result as a &ldquo;defeat for humanity&rdquo;.

Marriage bill to be enacted by end of July

Legislation to make same-sex marriage a reality here is expected to be enacted by the end of July.

Kenny: A yes will obliterate prejudice

Enda Kenny has said a yes vote on same-sex marriage in tomorrow&rsquo;s referendum will &ldquo;obliterate&rdquo; publicly the remaining barriers of prejudice or the irrational fear of the &ldquo;them&rdquo; and &ldquo;us&rdquo;.

The Catholic Church hierarchy here has said it will no longer carry out the civil elements of weddings if marriage is extended to gay couples.

Priests too cowardly to preach on nature of marriage

Congratulations to Alan Whelan (Irish Examiner, Letters, March 25) for rightly identifying the dereliction of duty inherent in the cowardly decision by the Association of Catholic Priests (ACP0 not to preach the Church&rsquo;s teaching regarding the nature of marriage.

The Association of Catholic Priests (ACP) has lost all credibility in our household, and I suspect with many other Catholic families, by its unwillingness to speak out on the forthcoming referendum which seeks to change the meaning of both equality and marriage.

Priests’ group will not make recommendation in marriage vote

The Association of Catholic Priests has decided not to make a recommendation for or against the proposal in the upcoming marriage referendum on May 22.

While comments from three well-known and reform-minded priests (Frs Iggy O&rsquo;Donovan, Brendan Hoban and Peter McVerry) in the media about the proposed marriage referendum are clearly their own personal views, and not on behalf of any order or diocese, or the Association of Catholic Priests (ACP), it certainly does the ACP or its concerns, no favours if leading figures in or sympathetic to it can be perceived not (a) as (rightly) opposed to enforcing Catholic canon law via the Constitution or law of this State, but (b) as unconcerned with maintaining what is the universal model of marriage as between male and female, a model which long pre-dates not only Roman Canon Law, but also the gospels and indeed the Hebrew bible.

The Association of Catholic Priests has said that an American cardinal who blamed &ldquo;radical feminism&rdquo; for paedophile priests and the fall in the number of men joining the priesthood has &ldquo;little to offer&rdquo; in the debate on women&rsquo;s place within the Church.

‘Priests should be trained to cope with celibacy’

Church in Australia says clergy should get psychosexual training

The Association of Catholic Priests wants men who left the priesthood to get married to be re-admitted, and for the church to allow married men to be ordained.

Lack of priests may lead to collective funerals

An influential group representing Ireland&rsquo;s Catholic priests has warned that ordained clerics are facing the grim prospect of having to celebrate collective funeral Masses in the near future.

The Catholic Church is facing a critical shortage of clergy after losing one in five of its diocesan priests in just five years.

Age of priests is no excuse

I was sickened to read of the meeting between the Association of Catholic Priests (ACP) and the National Board for Safeguarding Children in the Catholic Church in Ireland (Irish Examiner, March 8). Abusive priests have been shown too much compassion by their victims and the Irish public.

Priests who abused children should be forgiven for past “mistakes” and allowed return to ministries where they have authority over minors, a Catholic Church group has claimed.

Catholic rules on issues like contraception and same-sex relationships are "disconnected from real life experience of families", according to the Archbishop of Dublin Diarmuid Martin.

Who’s out of touch?

Spare a thought for the gay agnostic teacher.

Priests have accused Education Minister Ruairi Quinn of trying to run religion out of schools with his suggestion that teachers cut religion classes to give more time to maths and reading.