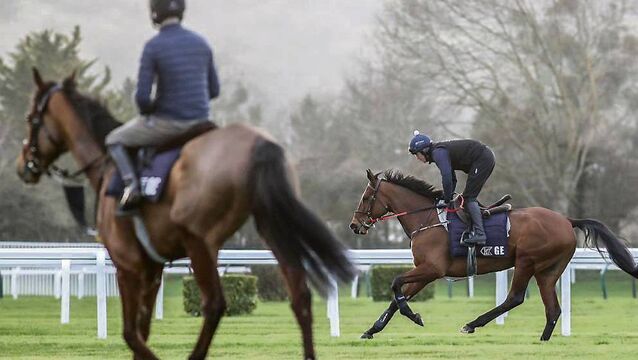 If punters are ever going to put on their betting boots at Cheltenham this week, then it will be today, on a programme that may well tempt one to come out to play three times! 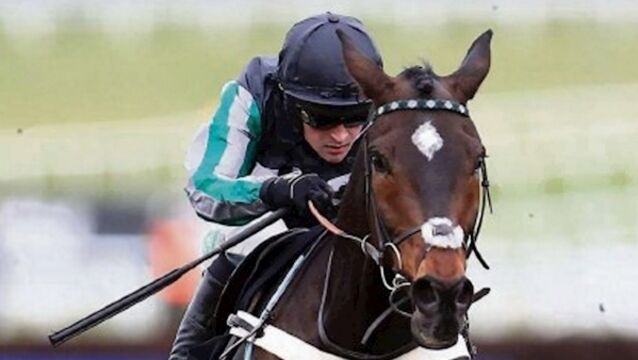 Altior still in the running for Cheltenham Champion Chase

Altior remains in the running to defend his crown in the Betway Queen Mother Champion Chase at Cheltenham on Wednesday. 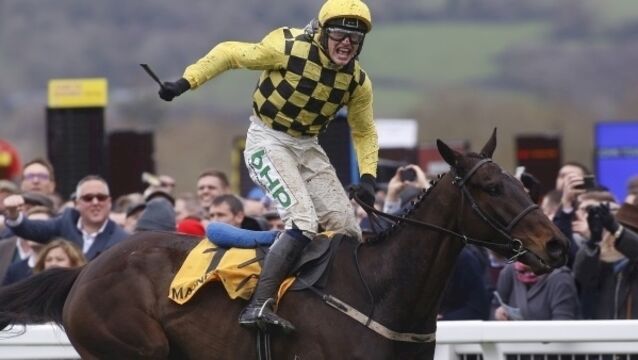 Reigning champion Al Boum Photo is one of 20 horses still in contention for the Magners Cheltenham Gold Cup following the latest scratchings deadline for the six non-novice Grade Ones at next month’s Festival.

Un De Sceaux was a brilliant winner of last year&rsquo;s Ryanair Chase and it&rsquo;ll be a huge surprise if the Willie Mullins-trained 10-year-old fails to retain his crown this afternoon, writes Darren Norris.

Welcome to the most exciting weekend of the National Hunt season this side of the Cheltenham Festival.

A week later than intended and in Cheltenham, rather than Ascot, Un De Sceaux gets his chance in the Clarence House Chase. The change of venue doesn&rsquo;t really make any difference to him, the biggest difference to the race is that it&rsquo;s a &pound;70,000 race, and it would have been a &pound;150,000 race had it been run last week.

Make it Mome to crack rivals at Punchestown

Following another quiet week, national hunt racing returns today at Punchestown and my best chance looks to be on Crack Mome, who I&rsquo;m hoping is good enough to take the feature race, the Grade 2 Moscow Flyer Hurdle.

Ruby Walsh has not ruled out Un De Sceaux making a return to trip to Britain on his next start to defend his crown in the Sodexo Clarence House Chase.

For most people lucky enough to have a birthday coinciding with the Cheltenham Festival a pair of tickets to the meeting is a valued present &mdash; but Colm O&rsquo;Connell might just enjoy the best celebration of all, a Betway Queen Mother Champion Chase win for Un De Sceaux.

Gary Moore has raised the possibility of Sire De Grugy wearing a pair of blinkers as he attempts to regain his Betway Queen Mother Champion Chase crown next week.

Thistlecrack to be aimed at the 2017 Cheltenham Gold Cup

Gary Moore has been dealt a blow with the news his smart chaser Traffic Fluide will miss the rest of the season.

Michael Dickinson: I would need to write a book to fully explain what makes Willie Mullins so dominant

Nicky Henderson was impressed with Un De Sceaux&rsquo;s performance in the Clarence House Chase and is looking forward to taking on the Irish ace with Sprinter Sacre at Cheltenham.

Un De Sceaux can get his season back on track

What should be a weekend of significant pointers for Cheltenham and, hence, a very important one for the stable begins at Ascot this afternoon where we have two runners: Un De Sceaux and Vroum Vroum Mag.

Eight entries have been received for Ascot&rsquo;s Sodexo Clarence House Chase on January 23.

Willie Mullins: No setbacks as festive stars return to Closutton in rude health

Willie Mullins is happy with the condition of his Christmas aces after they all returned to their Closutton stables in rude health.

No record winner for Richard Fahey after Lingfield blank

Richard Fahey just failed to better retired trainer Richard Hannon senior&rsquo;s record of 235 winners in a calendar year when his final runner of the year in the last race of 2015 finished second.

Sprinter Sacre may bid to regain his Betway Queen Mother Champion Chase crown without another run following his tremendous victory at Kempton on Sunday.

This afternoon&rsquo;s Betway Queen Mother Champion Chase could hardly be more puzzling for punters, the essential difficulty not in reading the form, but gauging/guessing the well-being of the market leaders, Sprinter Sacre and Sire De Grugy.

Sprinter Sacre and Sire De Grugy, the last two winners of the Mother Champion Chase, head a stellar field of 11 horses for the two-mile showpiece at Cheltenham tomorrow.

Sprinter Sacre ‘spot on’ ahead of Champion Chase bid

Nicky Henderson is optimistic about the chances of Sprinter Sacre regaining the Betway Queen Mother Champion Chase crown at next month&rsquo;s Cheltenham Festival.

Enda Bolger believes Un De Sceaux would not be out of place in the Queen Mother Champion Chase after he slammed his star novice chaser Gilgamboa at Leopardstown on Sunday.

The New One back on Champion Hurdle Trial today

The New One will face six rivals in the www.StanJames.com Champion Hurdle Trial at Haydock today – if the meeting survives a morning inspection.

Henderson on edge for Sacre’s comeback

Sprinter Sacre is set to line up for the Sodexo Clarence House Chase at Ascot tomorrow after trainer Nicky Henderson &ldquo;pressed the green button&rdquo; following an all-important walk of the course on Thursday morning.

Cossack remains a possible for Thurles

Sire De Grugy was ridden for the first time yesterday morning since suffering an injury which has kept him off the track so far this season.

Shark Hanlon is keeping his fingers crossed there is some ease in the ground at the Punchestown Festival later this month ahead of Hidden Cyclone’s intended appearance in the Boylesports.com Champion Chase.

Drying ground of benefit to Benefficient

Trainer Tony Martin believes the drying conditions will play to the strengths of Benefficient in today’s Ryanair Chase (2.40) at Cheltenham.

Sire De Grugy is all set for his date with destiny as he assumes the mantle of favourite for the BetVictor Queen Mother Champion Chase.

Willie Mullins further strengthened his formidable hand for the Weatherbys Champion Bumper at Cheltenham next month as Killultagh Vic produced a scintillating display at Naas yesterday.

Willie Mullins plans to run Smashing in the Betfair Hurdle at Newbury on Saturday.

Willie Mullins appears to be preparing another assault on this weekend’s British action with entries at both of the principal Saturday meetings at Ascot and Haydock.