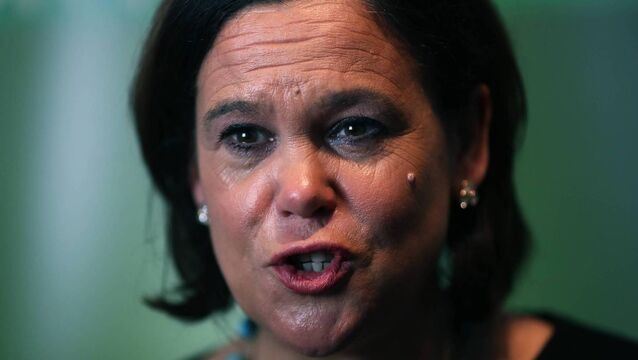 Letter to the Editor: Sinn Féin fails to deliver on back of first preferences

Just three months ago I, like thousands more, gave my first preference vote to Sinn Fein. they got a good result, but now I ask myself "what have they done since"? and my response is nothing. they have reverted to type. They made a very feeble effort to try and form a government, preferring to sit back and every so often come out of their 'bunker' to snipe at what the current bunch are trying to 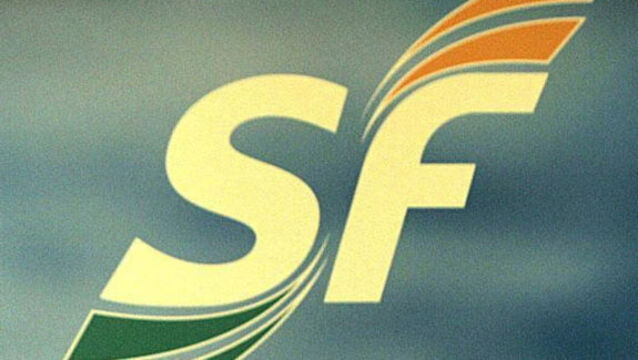 Letters to the editor: If SF are good enough to rule in the North...

The result of the general election seems to have rocked the political status quo in Ireland. 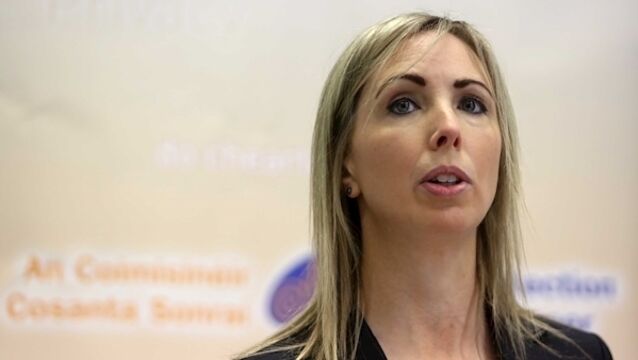 It is believed the DPC's concerns surrounded the potential for the data to be used in targeted political advertising in the wake of the election.

Fianna Fáil and the Green Party will start substantial policy talks today as efforts continue to form a government.

Sinn Féin leader Mary Lou McDonald has criticised the leaders of Fine Gael and Fianna Fáil for refusing to meet them for government formation talks.

Fianna Fáil leader Micheál Martin has indicated that coalition talks could last for weeks more as he and Taoiseach Leo Varadkar left the door open on forming a government together.

Sinn Féin has patented the word ‘change’. But it can’t be delivered in the terms promised, writes Gerard Howlin

Sinn Féin has held a seven-and-a-half hour meeting involving “detailed discussions on policy” with the Green Party and has agreed to meet once more next week.

Micheál Martin says voters want a Govt to act on housing, after talks with Leo Varadkar

Fianna Fáil's Micheál Martin says voters want a government that can act on housing, health and climate change after his first meeting with Fine Gael's Leo Varadkar about coalition options.

Independents meet with Varadkar and Martin; Urge leaders to 'get on with it'

The nine-member group of independents have met with both Taoiseach Leo Varadkar and Fianna Fáil leader Micheál Martin today and urged both leaders to “get on with it” in terms of forming a government.

The Sinn Féin leader, Mary Lou McDonald, has rejected suggestions that her party's public rallies this week are "an affront to democracy."

It may be the first step towards a grand coalition between the two parties.

Mary Lou McDonald reveals gardaí aware of threats made against her

Sinn Féin leader Mary Lou McDonald has said gardaí have been alerted to threats made against her.

Fergus Finlay: If a grand coalition collapses, it will usher in a decade of Sinn Féin

I've no idea what Fine Gael leader Leo Varadkar and Fianna Fáil leader Micheál Martin were trying to achieve at the start of their election campaigns, or even as the seats were being counted.

'A party that has a casual relationship with democracy': Sinn Féin rallies criticised by Taoiseach

“They want to be shut out, hence no serious effort to form a government of the left.”

Leo Varadkar has refused to be drawn on whether he would demand a rotating Taoiseach arrangement in any coalition deal with Fianna Fáil.

'It's hysterics': Doherty hits out at Varadkar's comments on Sinn Féin rallies

Sinn Féin's lead negotiator Pearse Doherty has called the Taoiseach "hysterical" for his comments about the party's planned political rallies.

A special Dublin city council meeting will be held tonight to replace any of the members who were elected to the Dáil during the general election.

Fine Gael has dismissed as “very arrogant” Fianna Fáil claims that only Micheál Martin can be taoiseach in the next government.

Eoin Ó Broin on SF party contributions: 'What TDs do with their own salaries is their own business'

A Sinn Féin TD who is one of nine not to have made an expected contribution to the party over the past three years says that how a TD spends their money is “their own business”.

The reaction to Sinn Féin’s decision to call public meetings over the next two weeks to “rally public support for Sinn Féin’s efforts to get into government” will be, naturally, polarised.

Suzanne Harrington: Irish reunification may be looming into view

A bright green Ireland is on the cover of The Economist, with a zip illustrating the border: “A united Ireland — could it really happen?” Crikey. Could it?

Daniel McConnell: Over two weeks later, are we any closer to a new government?

Sixteen days on from the General Election, the road to government formation remains rocky and decidedly unclear.

Varadkar to seek ‘parity’ with FF if in coalition

Outgoing Taoiseach Leo Varadkar is set to press his rival Micheal Martin for equal treatment for Fine Gael if it enters coalition with Fianna Fail.

McDonald: 'The war is over, I run the party'

Daniel McConnell: Overtures begin as Mary Lou left out in the cold

The extraordinary spat between Micheál Martin and Mary Lou McDonald in the Dáil on Thursday night was highly significant in the context of a new government being formed.

The Irish Examiner View: Expect Harris’ view to be shouted down

Garda Commissioner Drew Harris’ remarks at a passing out parade in Templemore yesterday will inevitably start a new round of that increasingly common shout-down-the-messenger diversion.

Fianna Fáil-Fine Gael talks will focus on policy, not positions

Fianna Fáil leader Micheál Martin is set to seek common ground with Taoiseach Leo Varadkar on party policies when both men meet next week amid efforts to form a government.

Coalition between FF and SF not an impossibility, says Byrne

Fianna Fáil says that a coalition between itself and Sinn Féin is not an impossibility, but would be predicated on Mary Lou McDonald’s party “dealing with the issues” raised by Micheál Martin in the aftermath of Thursday's Dáil votes for Taoiseach.

Martin and Varadkar to discuss potential of so-called grand coalition

Negotiating teams are set to ramp up talks to form a government next week with senior ministers, party managers and leaders all weighing into what could take a number of weeks to cobble together a new coalition.

The Fine Gael leader called on McDonald to publicly state if her party has cut links with the IRA Provisional Army Council.

Michael Clifford: Is Sinn Féin really what it claims to be?

Could they all be wrong about Sinn Féin? Could it be that those who suggest it is not a normal political party are being spiteful, opportunistic, fearful?

'How does that represent change?' - Social Democrats TD would be 'massively uncomfortable' with FF/FG govt

Social Democrats TD Gary Gannon has said that he would be “massively uncomfortable” supporting a Fianna Fáil/Fine Gael government.

McDonald and Martin clash on first day of Dáil

"Exploratory talks" between Fine Gael and Fianna Fáil are to begin next week, it has emerged.

In the hour before the 33rd Dáil got under way, shiny happy people gathered at the gates of Leinster House and praised democracy’s strange and wondrous ways.

A new technical grouping of nine TDs has been formed in Dail Eireann which could play a crucial role in the coming negotiations regarding the formation of a new Government.

More people than would normally after an election are wondering what the politicians will do with the challenge they have been set by the voters, with no party having anything like a majority.

McDonald lashes out as Dáil fails to elect new Taoiseach

Sinn Féin leader Mary Lou McDonald has accused Fine Gael and Fianna Fáil of being “arrogant, dismissive and self-righteous,” after she failed to secure enough votes to be Taoiseach.

The Irish Examiner View: Contrast in US and Irish politics

The democratic process, or at least versions of it, played out on either side of the Atlantic this week. In both instances, conclusions were long-fingered.

Seán Ó Fearghaíl, the newly-elected Ceann Comhairle of the 33rd Dáil, took five attempts before finally taking his seat in Dáil Éireann in the aftermath of the 2002 general election.

TDs have clashed on who should be the next Taoiseach as the Dáil debates candidates for the role and amid the ongoing standoff in the government formation talks.

Left-wing TDs to vote for Mary Lou McDonald for Taoiseach

Left-wing TDs have said they plan to vote for Sinn Fein leader Mary Lou McDonald for Taoiseach on the basis that she will not go into government with either Fine Gael or Fianna Fail.

The Fianna Fáil leader declined however to answer questions about coalition options.

Newly re-elected, Kerry TDs Michael and Danny Healy-Rae put on a show ahead of the new Dáil's first sitting.

Fans of reality television may be tempted to break out the popcorn and tune in today to the Oireachtas channel to watch live parliamentary shenanigans, as the 33rd Dáil convenes.