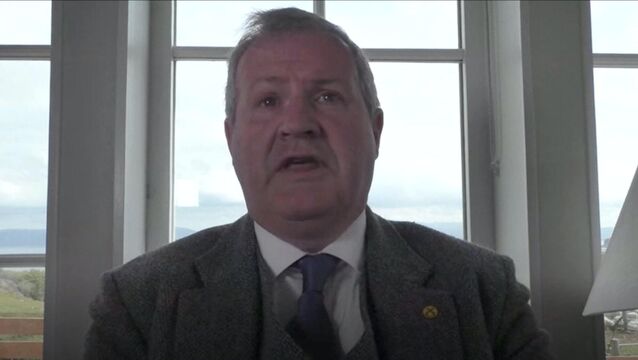 In the letter Ian Blackford also continues his calls for Dominic Cummings to resign over the fiasco, stating his position as ‘completely untenable’. 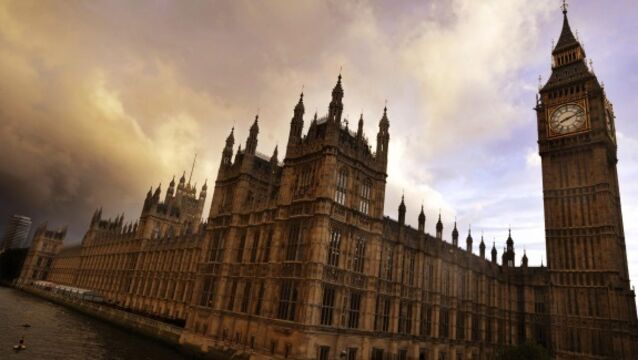 The largest-ever Northern Ireland business delegation to travel to Westminster has vowed to press the case for the local economy next month. 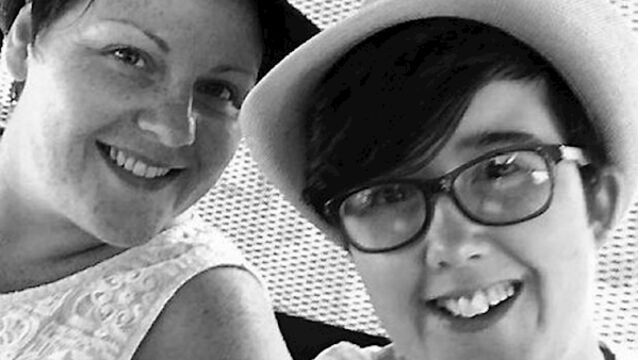 Lyra McKee's partner: I cried my eyes out after NI same-sex vote

British MPs voted to extend same-sex marriage and abortion rights in Northern Ireland, unless power sharing is restored before October 21.

OLIVER MANGAN: Brexit jitters likely to weigh on sterling for years to come

Here is your lunchtime bulletin...

Time for Sinn Féin to leave abstentionism to the history books

If Sinn Féin MPs were at Westminster, they could influence the shape of Brexit and the course of Irish history, says

The ashes of Professor Stephen Hawking will be interred at Westminster Abbey near the grave of Isaac Newton during a thanksgiving service later this year, a spokesman for the abbey said.

The DUP has demanded amendments to a "cornerstone of the Belfast Agreement" in a bid to give extra protections to veterans.

The UK Government has said same sex marriage in Northern Ireland could be introduced via Westminster.

Sinn Féin’s failure to put Ireland’s future ahead of its own past, by taking a pragmatic stance on pressuring the UK government’s fragile majority in Westminster, would almost make one believe they think it is tactically better for them if a hard border develops between the Republic and Northern Ireland.

A female journalist reported Michael Fallon to Downing Street for attempting to lunge at and kiss her, it has emerged.

British Prime Minister Theresa May has released a new code of conduct for Conservative Party representatives, including MPs, drawn up in the wake of the recent series of allegations of sexual harassment at Westminster.

Sinn Féin and Westminster - Time for party to finally move on

Ireland&rsquo;s former ambassador to the US has turned a speech by Gerry Adams on its head, urging elected Sinn F&eacute;in members to take their seats in Westminster.&nbsp;

Up to 90 email accounts were compromised during the cyber attack on Westminster, parliamentary officials have said.

Sinn Féin have dismissed speculation they would take their seats in Westminster to help Labour block Theresa May’s Queen’s Speech.

A survivor of the Westminster terror attack is launching a compensation claim over the injuries he suffered at the hands of Khalid Masood.

A Romanian tourist who was injured in the Westminster terror attack has died.

All 12 people arrested in connection with the Westminster terror attack have been released without charge.

The watchdog responsible for MPs' pay and expenses in the UK is investigating a "serious data breach" after a document containing confidential details about MPs' staff was wrongly posted online.

A 30-year-old man has been arrested in Birmingham by officers investigating the Westminster terror attack in London.

Counter-terrorism police have been searching a home in Birmingham where friends of Westminster attacker Khalid Masood lived.

Intruder with fake ID 'wandered round Parliament for 12 hours'

Security at UK Parliament's gates was breached last year by an intruder who flashed fake identification and wandered around the estate for 12 hours, it has been claimed.

The "selfless bravery" of the policeman killed in the Westminster terror attack has been hailed by his family, who thanked those who fought to save his life.

Fears Westminster terrorist Khalid Masood was groomed for extremism in prison have heightened after it was claimed he turned to Islam behind bars.

The widow of a man slashed in the face by Khalid Masood told how she felt "sick" after hearing he went on to commit the atrocity in Westminster.

Enda Kenny has signed a book of condolence for the victims of Wednesday's Westminster terror attack.

The fifth person to be killed in the Westminster terror attack was pensioner Leslie Rhodes.

'Nothing to suggest' security services could have prevented Westminster attack

"I have heard nothing that suggests to me that it would have been possible to stop it."

Garda HQ will conduct a fresh review of security strategies after the London terrorist attack and are monitoring the reaction of a small number of jihadist sympathisers here.

Latest: Two more "significant arrests" have been made in connection with the Westminster attack, police have said.

Merlin Entertainments shares weakened and G4S rose as investors weigh a possible softening in London tourism and a likely increase in demand for private security after the Westminster terror attack.

An Irishman who narrowly escaped being directly caught up in Wednesday&rsquo;s terror attack in London says he was thinking of the crew of Rescue 116 helicopter when he came onto the scene on Westminster Bridge.

Garda HQ will conduct a fresh review of security strategies after the London terrorist attack and are monitoring the reaction of a small number of jihadist sympathisers here.

Islamic leaders in Ireland have expressed fears that the terrorist attack in London will be blamed on Islam and fuel division and hatred in society.

Defiance and quiet dignity were shown at a vigil to the victims of the Westminster attack, hours before police said a 75-year-old man had died from injuries sustained in Wednesday's outrage.

Victims of the Westminster terror attack are being treated in hospitals across the capital, though some who were admitted have now been discharged.

Westminster terror attack: Here's what we know so far

A massive police operation is under way after a terror attack in Westminster, in the heart of London.

"…If you open your door to uncontrolled immigration from Middle Eastern countries, you are inviting in terrorism."

Latest: The man police believe to be behind the terrorist attack in Westminster has been formally identified as 52-year-old Khalid Masood.

Security has been beefed up in Los Angeles as a "precaution" in the wake of the Westminster terror attack which left four dead, the city's mayor has said.

President Higgins expresses sympathy with those affected by Westminster attack

Update 8.15pm: Responding to today's attack in London, President Michael D. Higgins expressed the sympathy of the Irish people with the families of those who have lost their lives and to those who have been injured, resulting from the terrible attack in Westminster.

Five people were killed in the Westminster terror attack, including the police officer who was stabbed and his attacker.

VIDEO: This photobomb of a live Sky News report is magic

There were some strange goings-on in the background of this

SDLP leader McDonnell to give up Northern Assembly seat

Alasdair McDonnell has said he will give up his Northern Assembly seat to concentrate on remaining an MP.

The British election: Your 10 point guide to the lighter side

It&rsquo;s all been pretty heavy going in terms of the British election so here&rsquo;s ten election related stories that we're sure will lift your spirits and prove there's only one thing more important than politics ... comedy.

Ukip and the SNP are making inroads ahead of the election. Deadlock at Westminster would spell bad news for Ireland, writes&nbsp;