Travel review: What it's like to stay and dine at Fernhill House in West Cork
 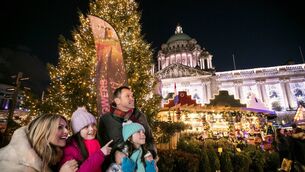