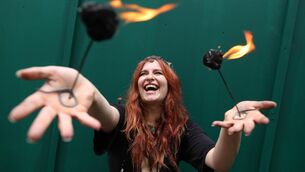 From harvest bounty to Halloween: ten Irish events for autumn