Life Hack: What to do if you are stung by a bee and when to seek medical help

How our body reacts to thunder and lightning — and why

Sex File: Her PDAs are too much for me
 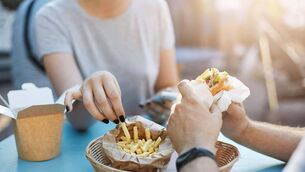 Why 'no carbs before Marbs' may not be a good idea