I try to pick projects that will feel impactful for others, says Letitia Wright
MTVJohanssonPlace: UK
 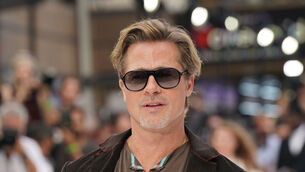