Emma Thompson: When Alan Rickman was funny he was hilarious 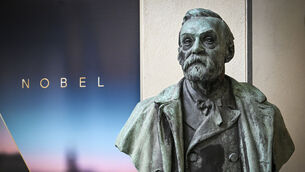