Patrick Graham, artist: 'I’d lie down in the poppies, looking up at the sky' 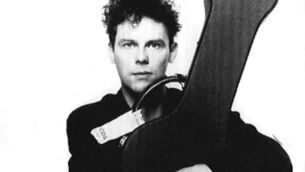