Conversations With Friends review: We want to like this so much but...
#St Patricks Day
 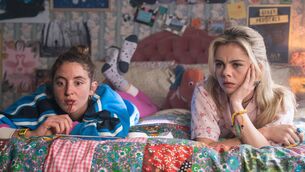