Hazell Mullins: Clinical Milk fever cases are only the tip of the iceberg 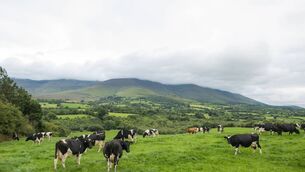