Taste The Nation: Meet the five West Cork families behind the 'Formula One' of cream liqueurs 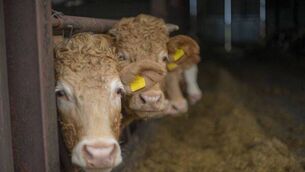