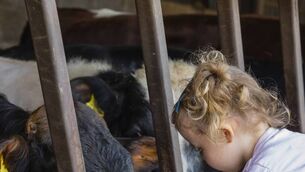 Farm succession: How do you decide if a farm inheritance is a blessing or a curse?