John Finn, MD of Treasury Solutions Ltd, says that he is concerned that Ireland has not learned the lessons of a decade ago and if Ireland was one of the companies that Treasury Solutions has advised in its debt management and financing, he would urge prudent investment management, sound evaluation of capital investment opportunities and the establishment of solid, robust borrowing arrangements.">
X
     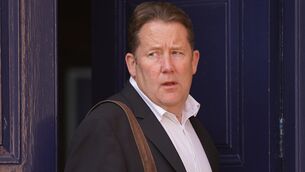