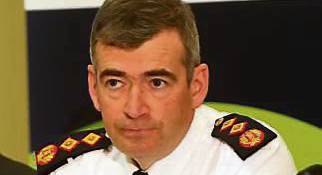 Máiréad Hickey: ‘If money was no object, it would be lovely to play a Stradivarius’