Residents of Cape Clear, off the coast of West Cork, are opening their hearts and homes to rejuvenate their ageing, but welcoming, community.

as salty sea laps gently across the grainy sand at the short shore on one side of Cape Clear harbour, ropes slap in the breeze against the masts of yachts moored on the other.


But for the sudden high-pitched whining call of the odd gull circling overhead, there is as much of a stillness to the calm as there is a barely interrupted quiet.

Such was the scene one weekend in June, for morning after the festivities the night before to mark the annual O’Driscoll Clan Gathering on the island.

Overlooking the harbour is a large white dormer bungalow - one of the first houses you see from the ferry as you approach the island. 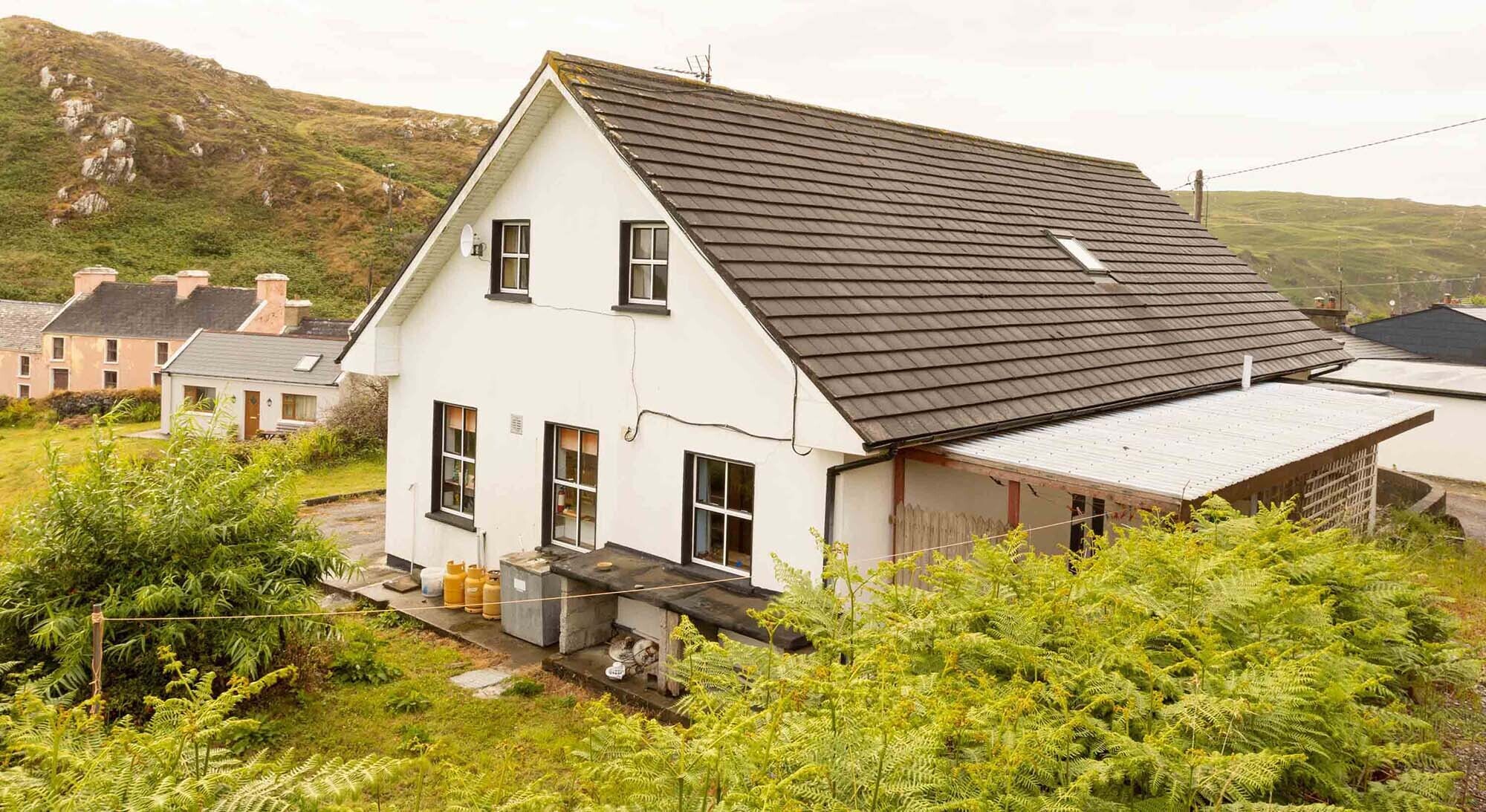 Mary O’Driscoll, who owns it, is one of the islanders who applied in November 2020 to be part of the Irish Refugee Protection Programme (IRPP).

It was set up in 2015 in response to the humanitarian crisis that developed in southern Europe due to mass forced displacement from conflict areas, particularly in the Middle East.

Cape Clear residents have since raised €10,000 and the cottage has been made available for whichever refugee family decides to live on the island.

The money, which is currently sitting in a bank account, will help with initial accommodation and transport costs.

The cottage is empty, its windows remain closed shut and, like silent witnesses, do little more than reflect the comings and goings in the harbour below.

Mrs O’Driscoll hopes whichever family comes will have young children because islanders are keen to help keep the primary school - threatened with closure due to falling numbers - open.

Despite its appeal, the windswept and often rain-drenched island is not for everybody. 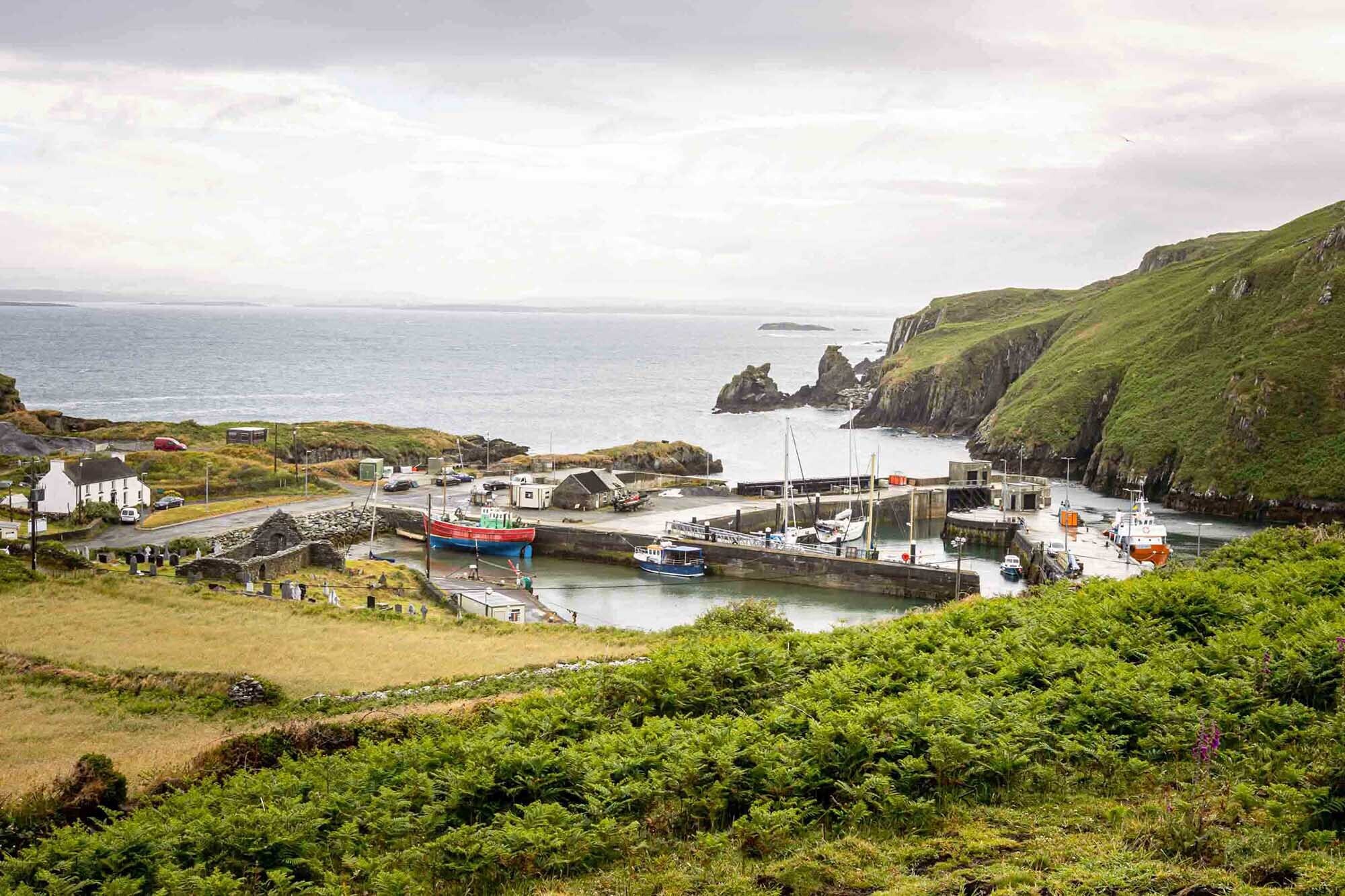 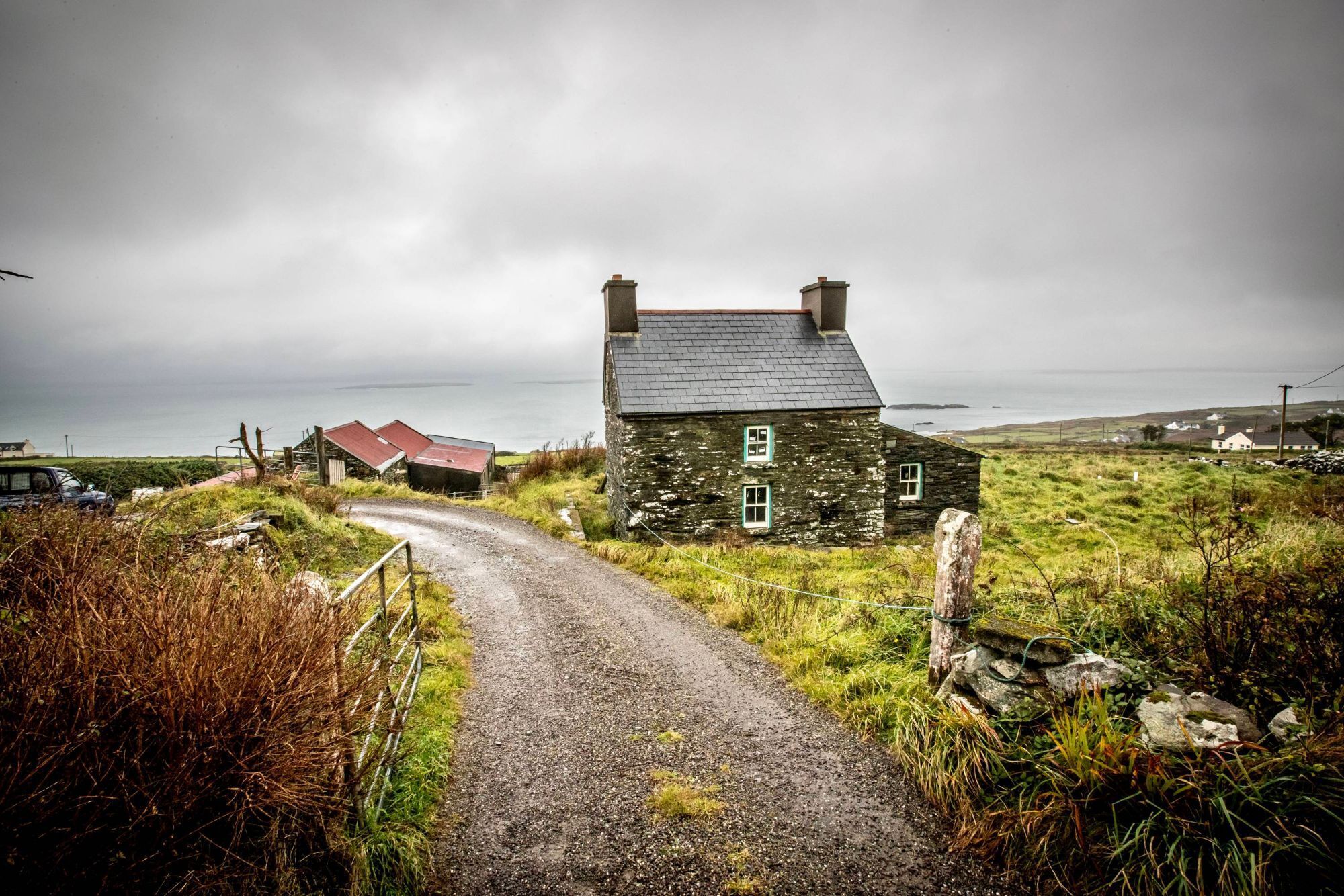 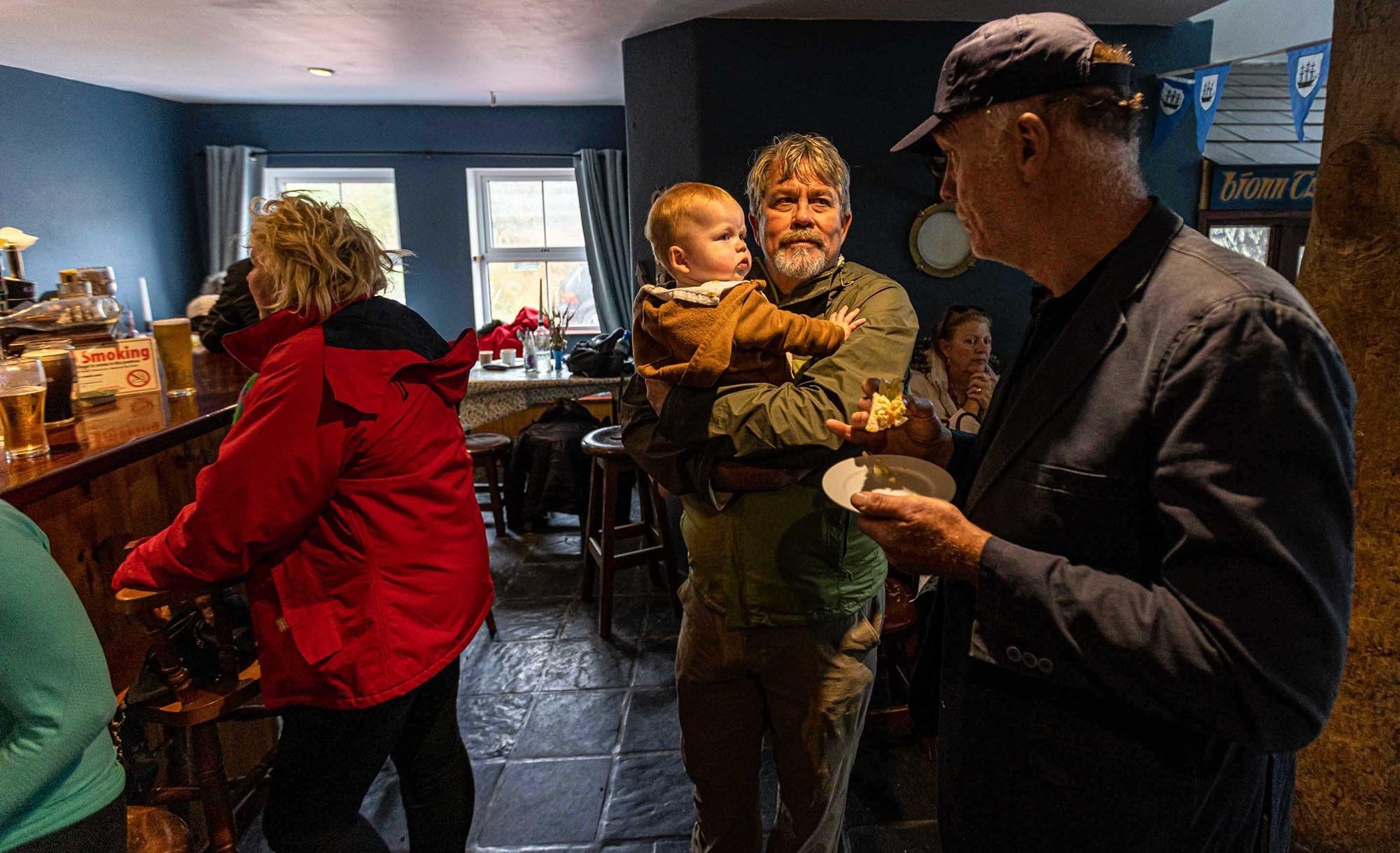 two refugee families have so far turned down the opportunity to stay there, including one family which was worried about living in what they saw as being an isolated part of a foreign country they had never been to before.

Mrs O’Driscoll said of the reasoning behind applying for the sponsorship scheme: “The initial thought came about to address the lack of children in the school and to introduce a younger element to our older ageing community".

“We felt this idea would work for our community in that the new family would be given independence while having the support of our group.”

IRPP officials are due to have recently sent over a delegation to Lebanon to help bring more families over to Ireland - and there is a chance one of them may end up on Cape Clear.

The IRPP is, officials insist, continuing with efforts to identify an appropriate family for accommodation with the Cape Clear Island Community Support Group.

The IRPP says it remains confident that an appropriate family will be identified soon.

The government was asked why a Syrian refugee family has not - given the utterly dire circumstances in which hundreds of thousands of Syrian refugees live in Lebanon - been found these past two years. 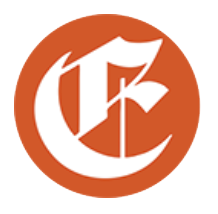 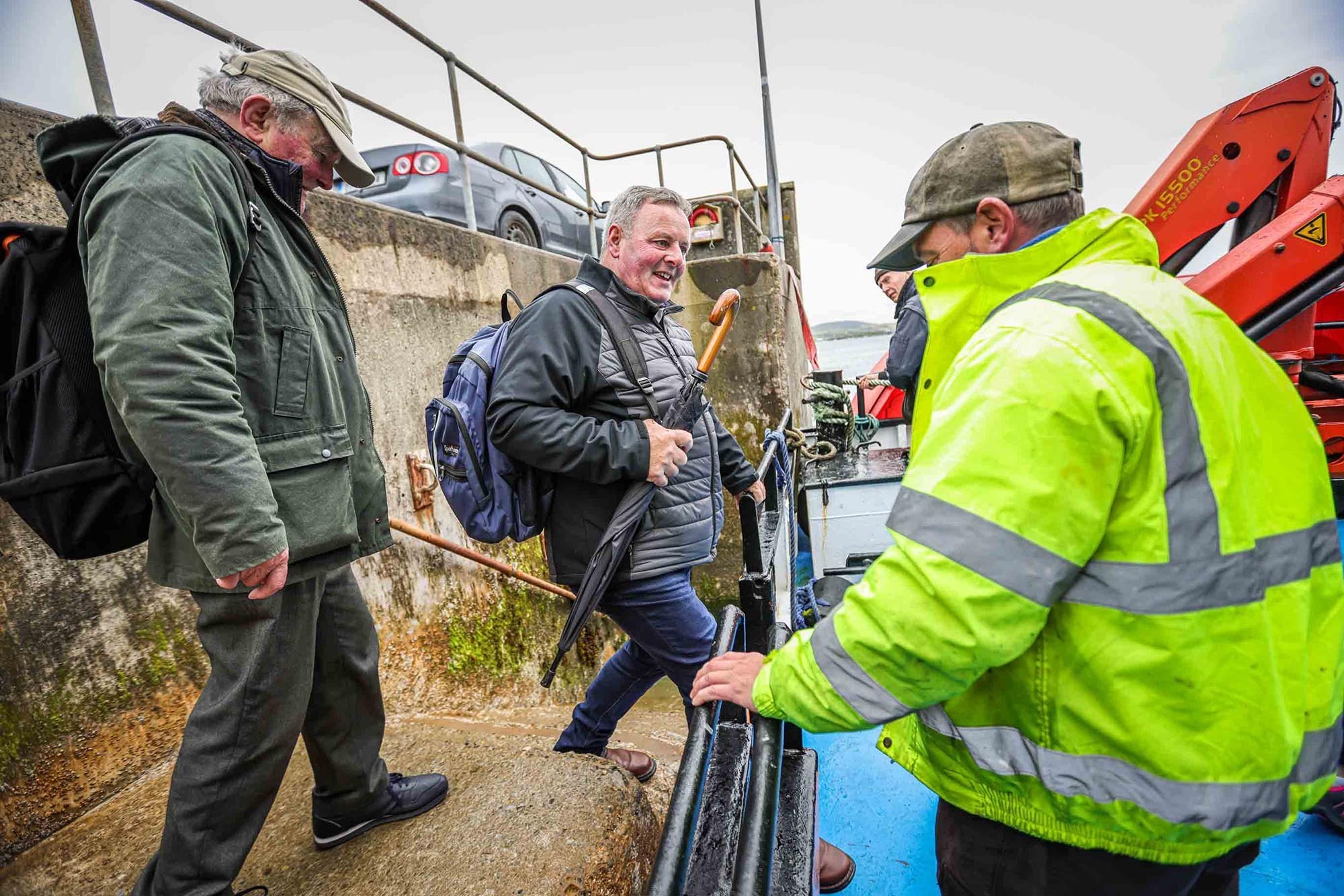 aspokesperson for the Department of Children and Equality said there have been “significant challenges” over the course of 2020 and 2021, with the impact of the Covid 19 pandemic.

The challenges also included the arrival of over 500 refugees from Afghanistan, following the crisis in September of last year.

But they said: “It is hoped we are now entering a new phase and normal resettlement processes for the IRPP can resume for the remainder of 2022 and into 2023. "This timeline will continue to be affected by making appropriate travel arrangements and ensuring necessary support and accommodations are in place in Ireland".

Only a few weeks ago in June, the Irish Examiner carried an interview with Abdeljalil Al Sharif, a member of one family among 839,086 Syrian refugees currently registered in Lebanon with the United Nations High Commissioner for Refugees (UNHCR).

He, his wife and their five children must survive on less than €150-a-month and live, according to the UNHCR, and like so many others, in “dire” circumstances.

Between 2011 and 2015, the Al Sharifs endured the Syrian war happening around them in their native Aleppo, which had been the focus of relentless bombing.

By 2015, their house was blown up and they had had enough.

Their accommodation in Beirut, more than 5,300km away from Cape Clear, is so basic, they all sleep on the floor.

“Sometimes I just walk the streets because I don’t know what to do,” Abdeljalil told us. Nothing is improving for us to even consider the future. We are spiralling down. We are despairing. It is just a matter of existing and day to day, we are just existing.” 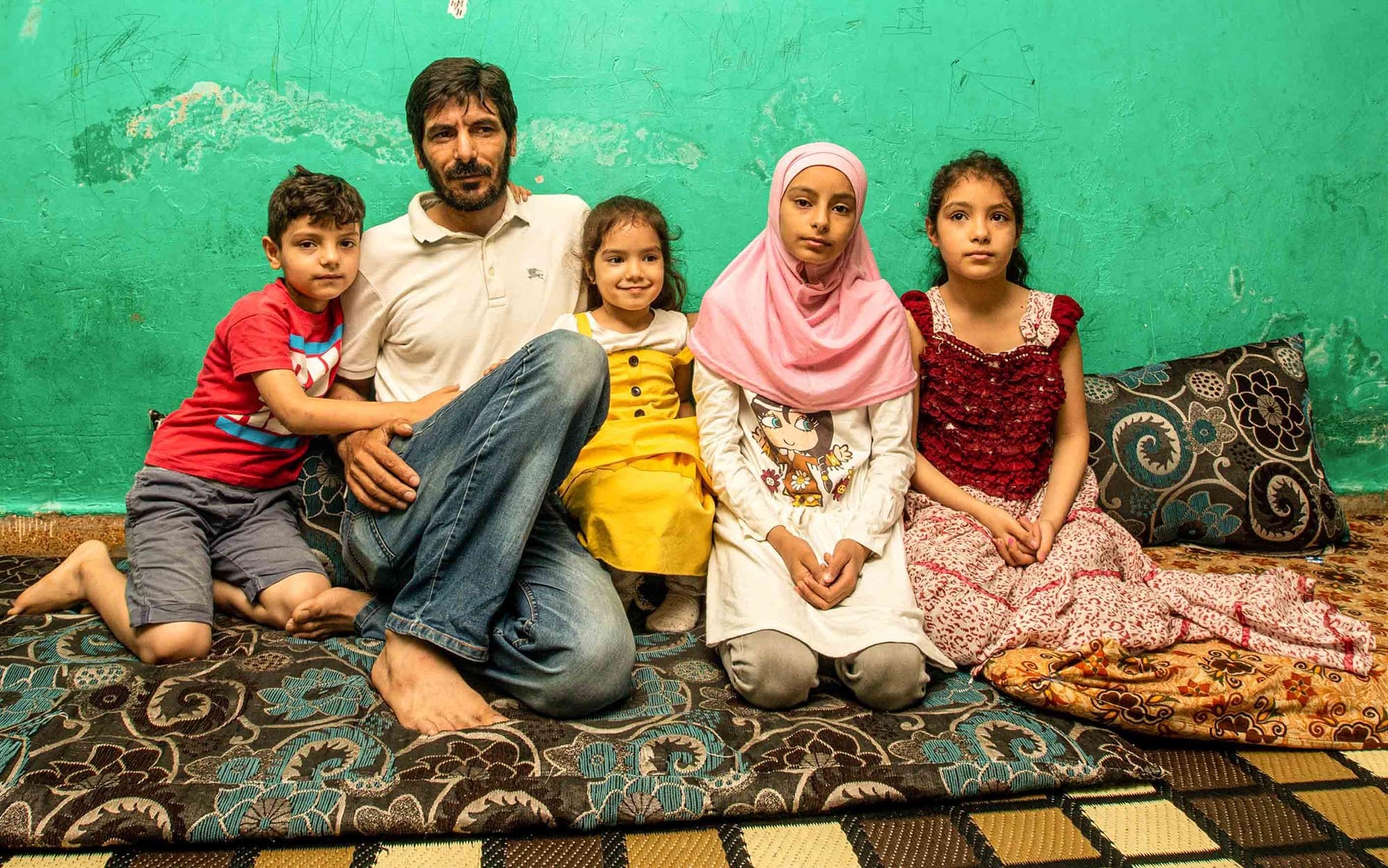 Abdel Jalil Al Sharif, with his son Mahammad, and his daughters (from left to right) Nada, Shahed and Mariam (right) at their rented flat in Beirut, Lebanon. PICTURE: NEIL MICHAEL

as to how a family like the Al Sharifs would be welcomed, Viktoria Sirash is one person living on the island who is better placed to ask than anybody else.

The 27-year-old, who flew into Kerry Airport on March 9 after a long journey from Kyiv, was one of the first Ukrainian refugees to arrive in Ireland after the February 24 start of the war.

“One morning I woke up from heavy shelling, from an alarming siren and decided to go,” she said. This is the second war in my life, and it was mentally difficult to endure it. The only thing I can say is that silence on the island is what is needed after bombs, explosions, shelling. Each person has their own preferences. One needs to ‘change the picture’, another one new acquaintances, another one silence.  I chose a small place, not a large one, peace and tranquillity, the sound of the ocean and the singing of birds. It was something that was necessary for me to have peace and I am sincerely grateful to all those who surround me and create this atmosphere.”

On the welcome she received, she said: “The people who live on the island received me very well. Everyone is helpful, friendly, and welcoming." 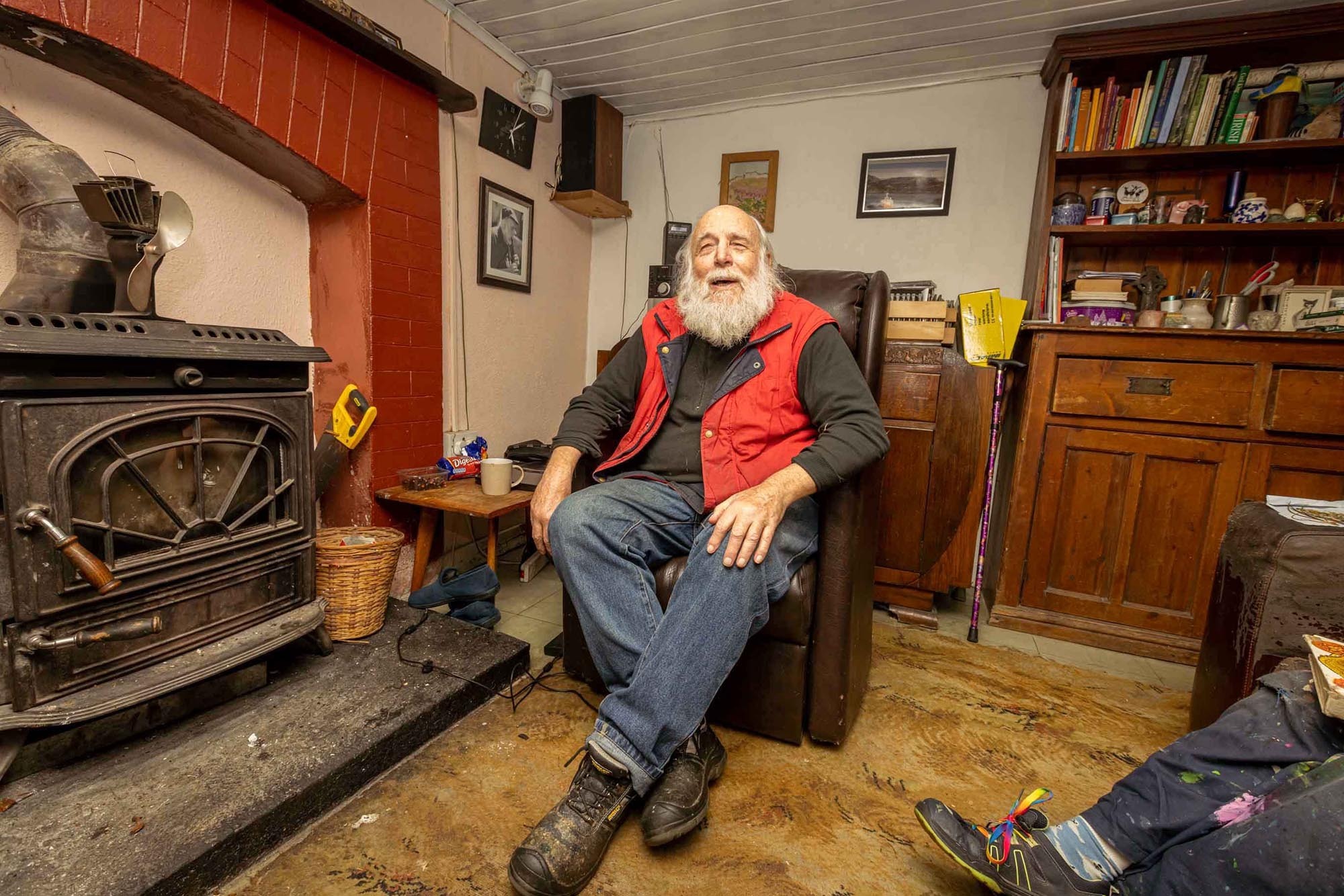 Ed Harper, the island’s famous blind goat herder and cheese maker, moved to the island 43 years ago this month.

“I’ve always felt pretty welcome here,” the 72-year-old said, when asked how welcome the islanders made him feel. People are curious, but they are curious not nasty, they are very friendly. Most people would feel that, and Cape has a tradition of being a very open society."

Bibi van Tienhoven, from Durbhan, South Africa, is staying with Ed, and she also speaks of the welcome she has received.

She is on the island as part of Worldwide Opportunities on Organic Farms (WWOOF) programme which links people from all over the world with organic farmers on cultural and educational exchanges. 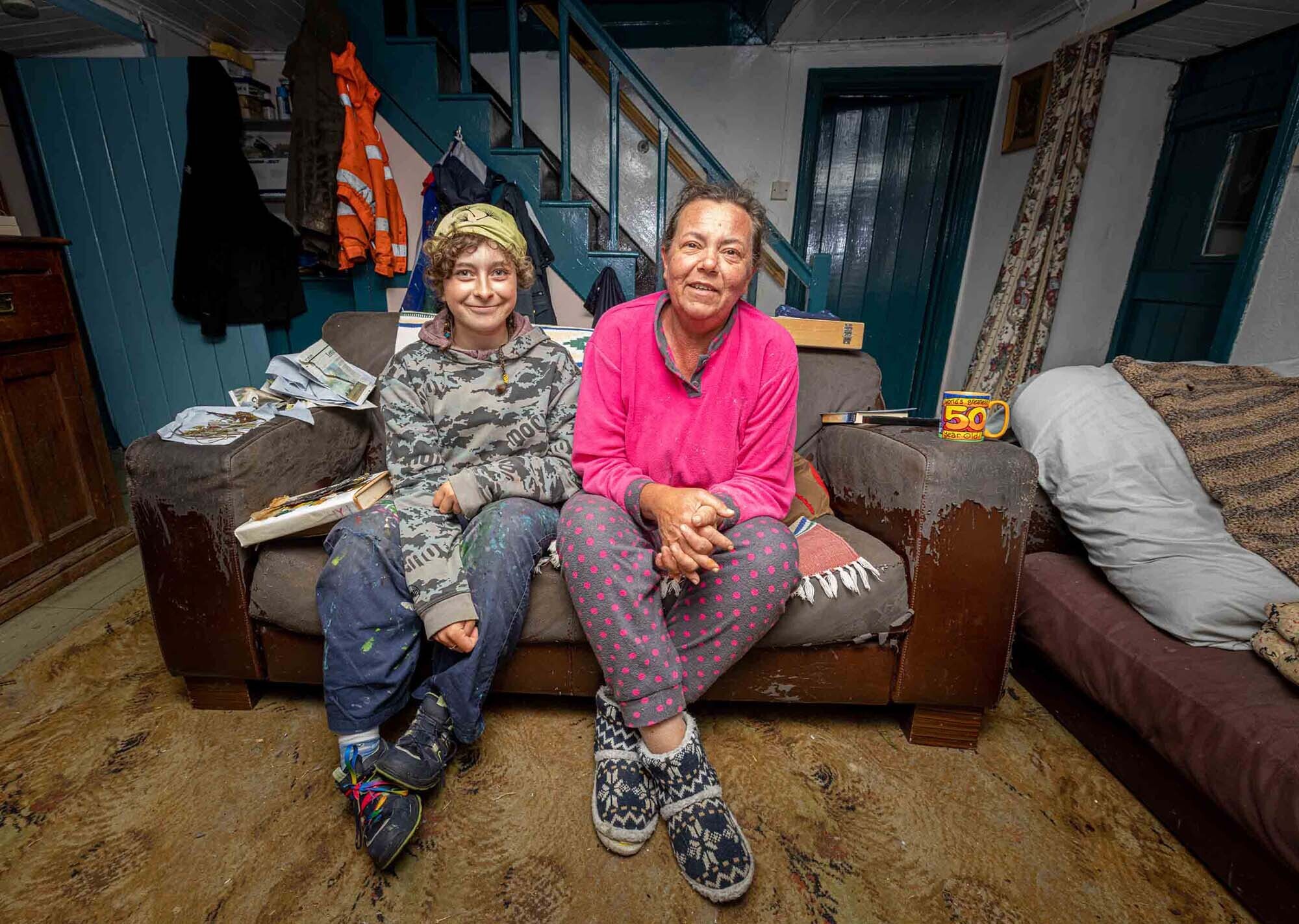 “I arrived about six months ago with the intention of staying six weeks and i am still here. That is a tribute to the island and to the people on the island. They made me feel instantly welcome, they were very friendly, curious about where I came from and what it was like but without being nosey or pushy. And any information I volunteered, they were willing to listen and always eager to share, to help, to offer advice, to encourage. I am certainly happy here and would recommend Cape Clear to anybody.”

Also staying with Ed is Ilo Buschacher from Austria. She is also on the WWOOF programme.

“I came here (three) months ago, and I don’t really want to leave,” she said. "The people here have given me one of the warmest welcomes I’ve ever received. It is such a heart-felt island, and I can recommend anyone to come here and visit this beautiful place. There are so many better things than wet weather and cloudy days."

In the next few weeks, the islanders will soon learn if a Syrian family will be arriving on the island. Time will then tell how they like island life from that cottage overlooking the harbour.

But there is one thing they can be sure of is a warm and enthusiastic welcome . . . hail, rain or shine.

Purchase beautifully framed pictures from our

COASTLINE FROM THE AIR SERIES 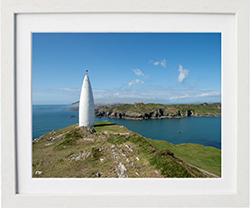 If you enjoyed this immersive read, you may also like these 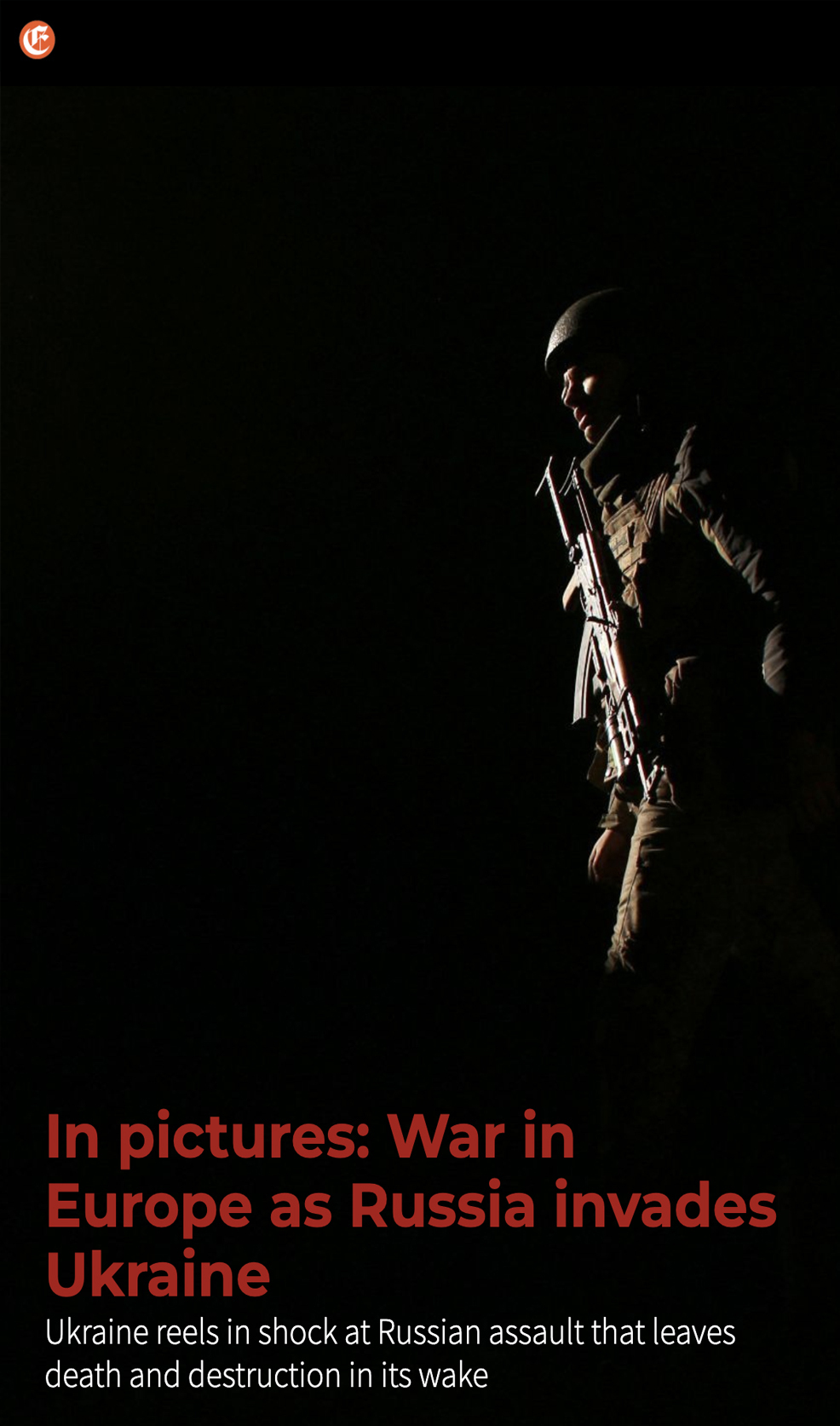 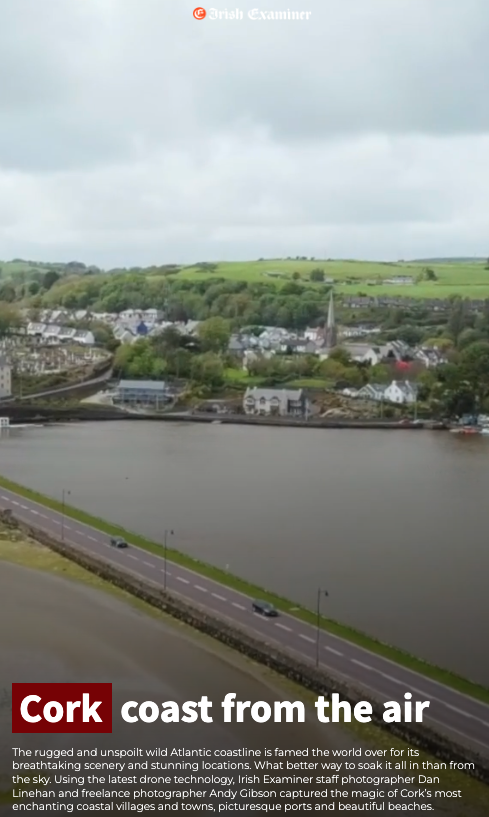 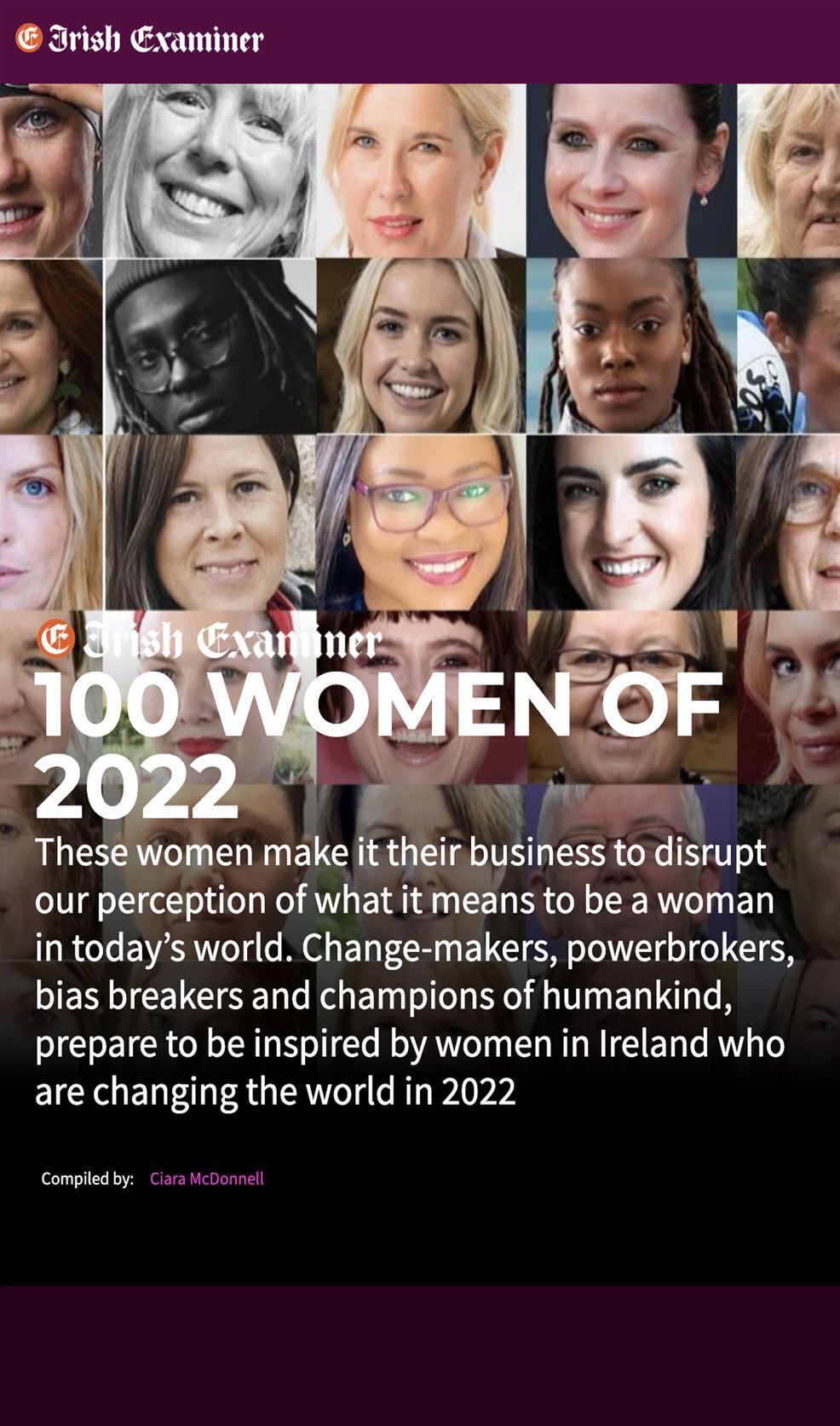 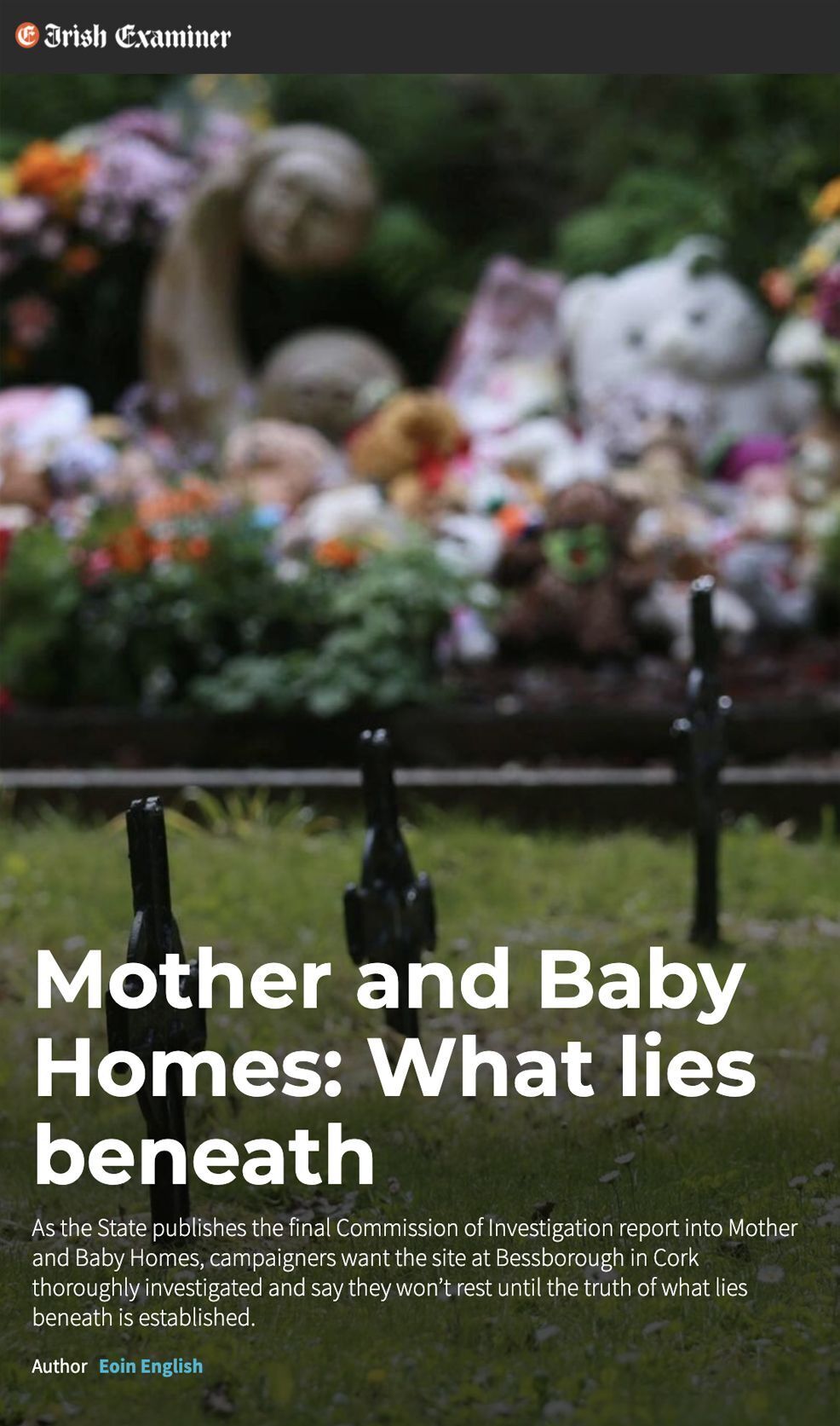