Along the old canal towpath, beside tranquil waters, the delightful Royal Canal Greenway winds its way for 130km from cosmopolitan Maynooth, through friendly Enfield and lively Mullingar to charming Clondra in Longford. It’s a relatively flat trail, once the domain of placid barge horses, today the realm of walkers, runners, and cyclists of all ages and stages. Passing through picturesque waterside villages, it gives a glimpse of a very special part of Ireland so often passed by unnoticed.

This peaceful, green sanctuary is home to a cornucopia of native wildlife yet it is remarkably easy to access by both road and train. Users can join the Royal Canal Greenway at any trailhead and travel in either direction, or complete as a long-distance linear trail, from east-to-west or west-to-east.

There’s always a welcoming café or pub to stop at for refreshments, often with outside seating as well as picnic spots, playgrounds and attractions along the way. The Greenway is accessible by public transport (the Dublin-Sligo train line) and it passes through four counties (Kildare, Meath, Westmeath and Longford) all the way from Ireland’s Ancient East to Ireland’s Hidden Heartlands. It’s a photographer’s dream with gentle constantly changing scenery — a boat passing through one of the traditional locks, or mother duck with her brood of ducklings serenely paddling by.

In association with Sport Ireland. 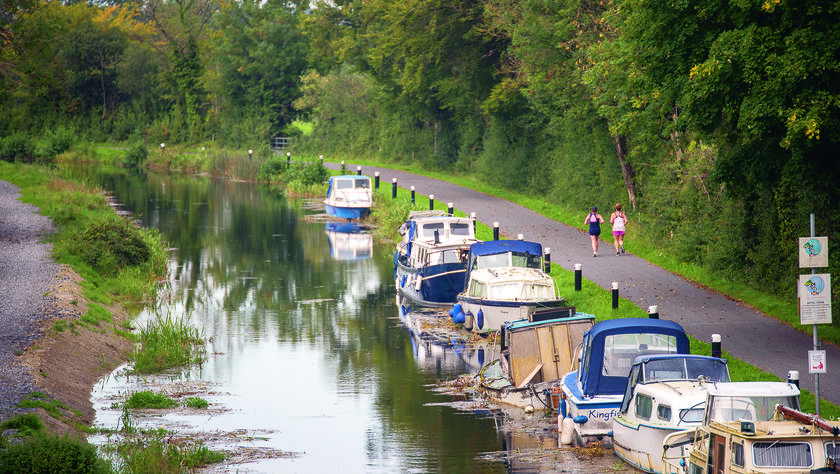