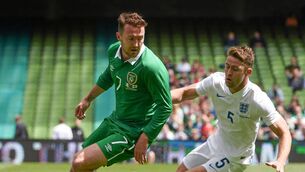 Aiden McGeady: Choosing Ireland over Scotland & the consequences of the decision