Irish Examiner View: One night in Paris for Liverpool and Salah to settle old scores

Aiden McGeady: Choosing Ireland over Scotland & the consequences of the decision
#Liverpool
 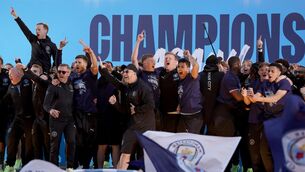