Dundalk 0 Shamrock Rovers 1: Less than 72 hours after crashing out of Europe, Shamrock Rovers took a significant step towards a return to the Europa League next season with a first league win over Dundalk at Oriel Park in almost six years &mdash; and put another dent into any lingering hopes the champions may have had of catching Cork City.">
X
James Rogers
    

Revenge not on the menu for Jurgen Klopp 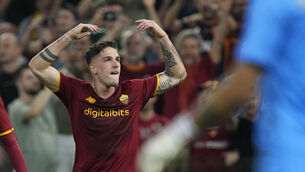