'Nothing has been discussed': No Uefa plans for 32-country Euro 2028

Enda McEvoy: In this bleakest, most frustrating of winters everything is possible

Klopp on Kelleher: I saw a skinny boy from Ireland...It was like ‘Okay, this could take a while’ 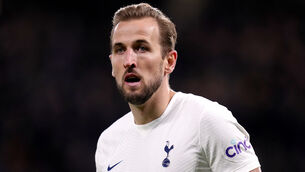