Daniel McConnell: Ryan needs to prune back his optimism for Green growth 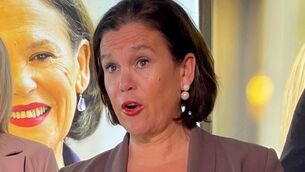