Plan your weekend feast every Friday

Wine with Leslie: Six white wines that are perfect for this weekend's warmer evenings

Michelle Darmody: Desserts made with ricotta are the right whey to go

Derval O'Rourke: Run for fun with my steps challenge 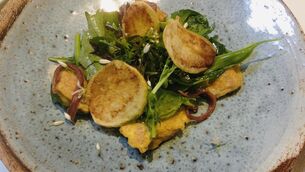