Graham Cummins: Joey O'Brien - a leader without ego who had everyone's respect

Larry Ryan: What is football trying to sell us next?
#Euro 2020 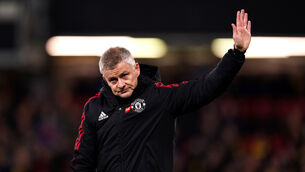 Tommy Martin: We will miss the comedy years when Man United finally stop being a joke