Rory McIlroy ‘happy with where everything is’ heading into Masters

Colin Sheridan: Will the neat Tiger Woods narrative give us a fitting third act? 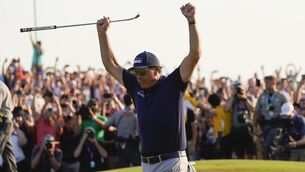 Colin Sheridan: Phil Mickelson winning at 50 is cool, but no more than that