Steven Kelly: Who’d want to be downhearted in a week when we’ve reached our third Champions League final in four years? 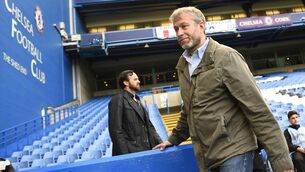