Graham Cummins: Candystripes ahead of schedule but still need to sweeten their deals 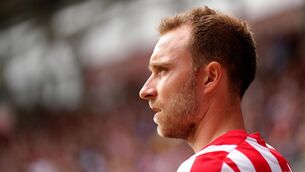