Colm O'Regan: Wordle is not what a Dubliner calls the planet
Tom DunneMusicQ magazine#media
 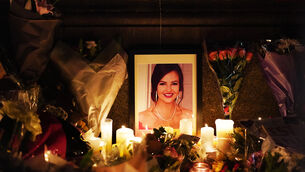