Q&A: What are Ireland's new restrictions around travel and Covid testing? 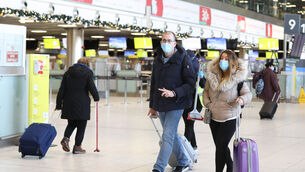