Enda McEvoy: The monster is back. This season, more than ever, let's pace ourselves
CourtsSports ColumnistsCeltic FCLarry Ryan ColumnBrendan Rodgers
 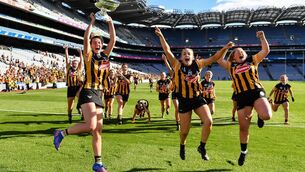 Eimear Ryan: I was willing Ashling Thompson's last puck to go over