Anthony Daly: After being in the horrors Cork are now a dangerous animal again

Brian Gavin: Take manliness away and hurling loses a lot of its appeal

Éamonn Fitzmaurice on the GAA warm-up: How match prep has changed
 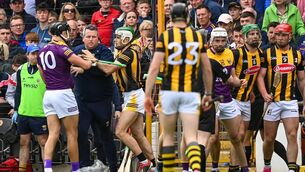 Liam Sheedy: Humble Egan got the balance right when Wexford's need was greatest